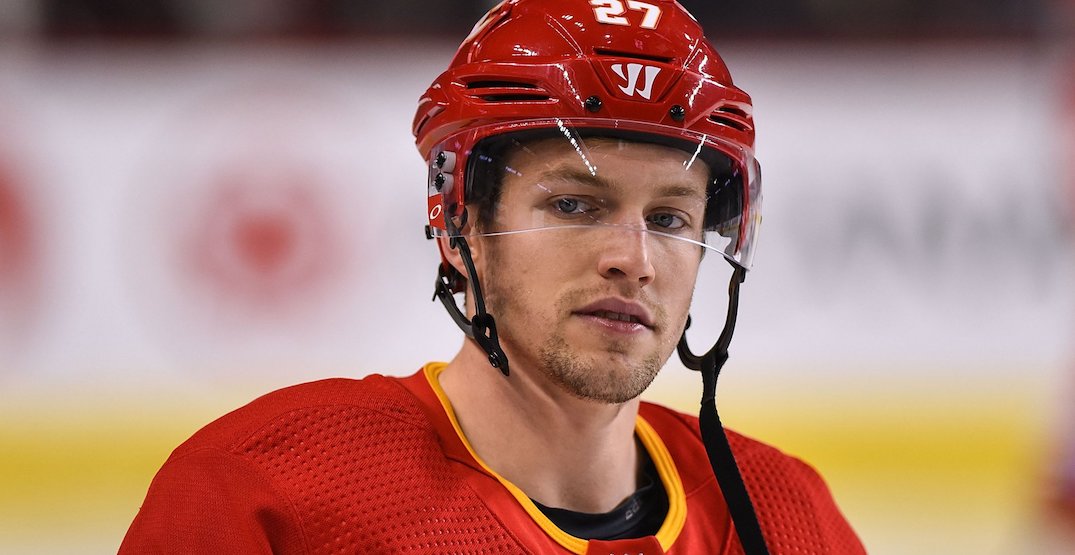 Austin Czarnik has left his Calgary Flames teammates in the Edmonton bubble to tend to a family matter, the team announced today.

Austin Czarnik has left the NHL bubble in Edmonton to attend to a family matter. No further comment will be provided at this time.

The second-year Flames centre hasn’t seen any postseason action yet, and appeared in just eight NHL games during the regular season. The 27-year-old was a depth option for head coach Geoff Ward though, and will be unavailable for a while now, given he has to quarantine before rejoining the bubble.

The Flames will have to dip into their depth for tonight’s game if Matthew Tkachuk is unable to play. Calgary’s leading scorer during the regular season, Tkachuk left Game 2 early with an apparent injury.

With the series tied 1-1, the Flames are the “home” team tonight in Game 3, giving Ward last line change. You can catch the action beginning at 8:30 pm MT on Sportsnet.