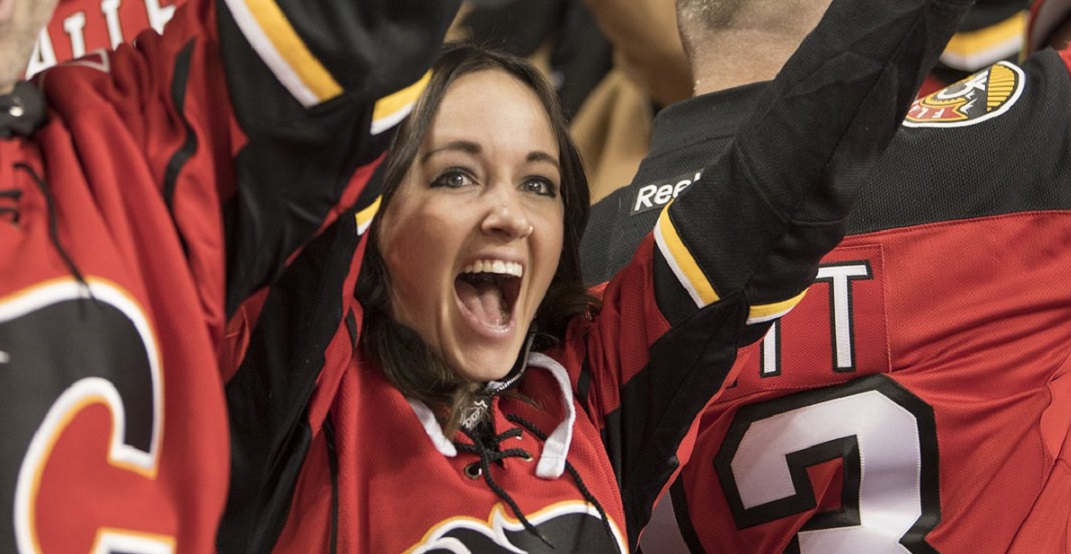 It’s not the Saddledome, but it’s the next best thing.

Flames fans who are hoping to catch a 2020 playoff game while still feeling that home ice excitement will only need to head a few hundred metres away from the Dome, as Sunday’s showdown against the Stars will be broadcast from the Calgary Stampede Grounds.

The August 16 event is being hosted by the Alberta Cancer Foundation in partnership with 1 Pop Up, and allows attendees to drive onto the Stampede Grandstand Infield to watch the afternoon game on the big screen from their vehicles.

Tickets are $100 per carload — with a maximum occupancy of five people — and all funds will go towards supporting Albertans who are facing cancer through treatment, research, and care.

Puck drops at noon, and doors open to the event at 11 am so that you can snag yourself a good parking spot.

With the Flames and the Stars tied up at one game apiece in the best-of-seven series, depending on the outcome of Friday night’s match up, Sunday’s game could either mean extending a lead for Flames or an attempt to even things up at two wins each.

Following the game, the drive-in-style setup with be showing both Sonic the Hedgehog and Raiders of the Lost Ark at 6 pm and 9 pm, respectively. Tickets to either showing will cost $50 per carload.