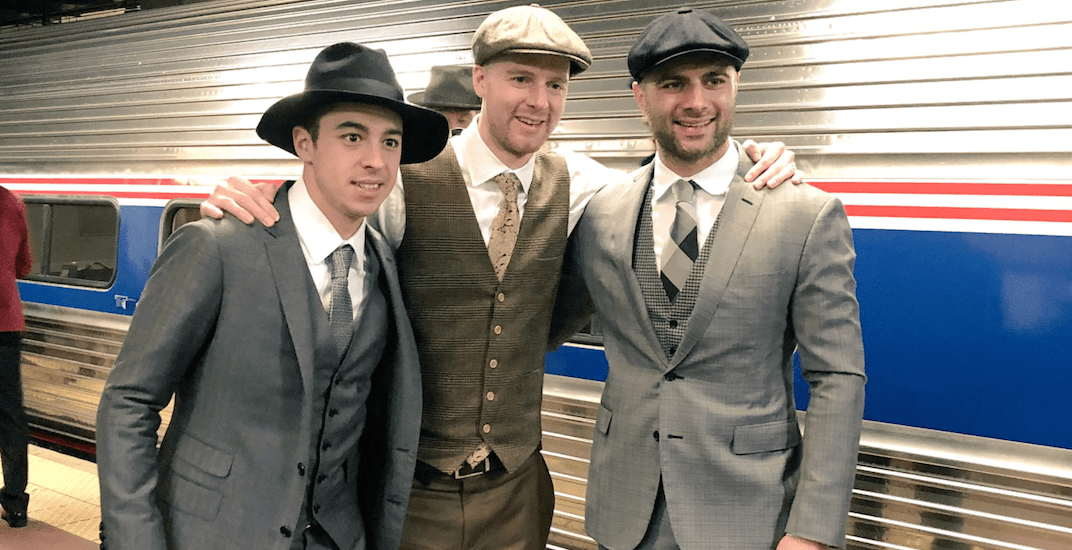 This is how to ride in style.

With Sunday off, the Calgary Flames decided to forego their usual charter after Saturday’s game in Philadelphia, opting for the train to Washington for Monday’s game against the Capitals.

Train was a common mode of transportation for the NHL teams back in the day, so this inspired a fun theme.

Naturally, the Flames decked out in full 1950s style.

The train ride was made a bit more fun with a win – 5-4 in overtime – in Philadelphia.

Here’s a look at some of the best photos posted on social media:

Thanks @eleveelifestyle for helping us out with our 50’s suits!!

Up next, a 1950’s themed train ride to Washington! pic.twitter.com/Qsb5107Njb

A few more shots from today’s train ride … we’ll have a video coming up on #Flames TV tonight! pic.twitter.com/MEAvhk10Rw

Yesterday, the boys traveled back in time and turned the train ride to Washington into a 1950’s affair! pic.twitter.com/g0padkkmBf