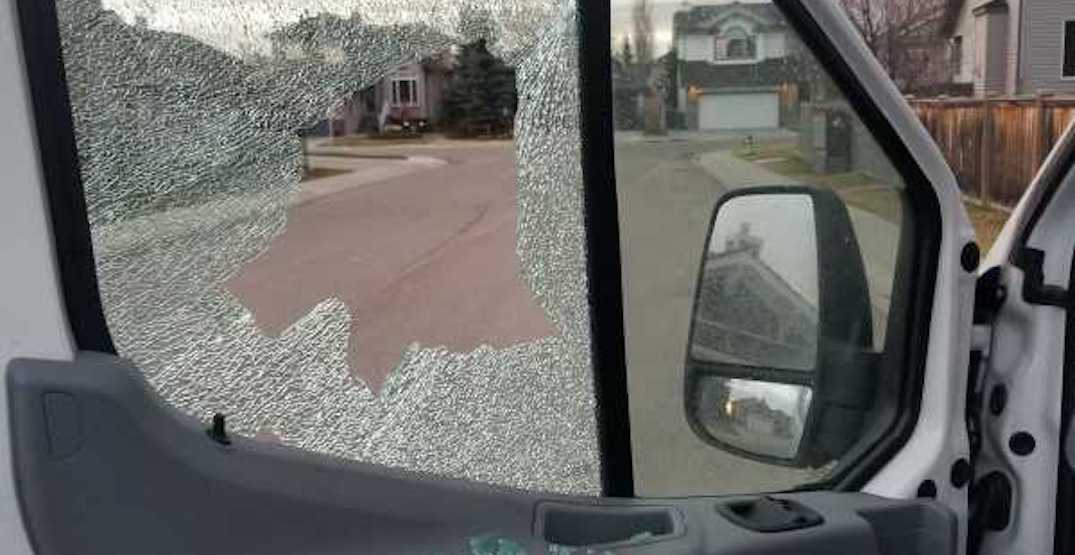 Halloween tricksters in Airdrie took things a little too far this year.

More than a dozen vehicles were vandalized on Wednesday, October 31, all of which were located in just two of Airdrie’s neighbourhoods.

Complaints were first received by RCMP at around 6 pm, bringing officers out to the Reunion area on reports of a damaged window. Four other similar complaints were called in shortly after in the Reunion and Fairways neighbourhoods, and a release from Airdrie RCMP states that a total of 15 damaged vehicles were found by patrols.

Police believe that the damage to the windows had been caused by a BB gun.

The release also states that the mischief is believed to have occurred between 6 pm and 7:30 pm Wednesday night, and police are asking anyone with video surveillance of the area to contact them if they notice anything suspicious.