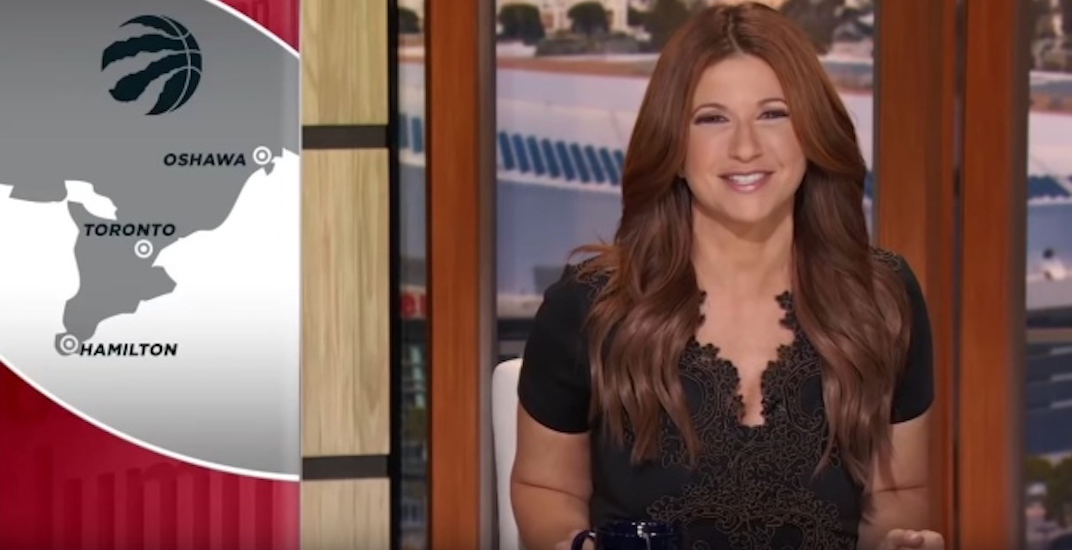 ESPN was showing off its knowledge of Canadian geography on Monday’s edition of The Jump, with one small problem.

Their graphics department doesn’t appear to be familiar with Southern Ontario.

“The Raptors are really really good,” said host Rachel Nichols, in reference to the Raptors’ beatdown of the Lakers on Sunday night. “And while everyone from Hamilton to Oshawa knows it won’t mean anything until the Raptors succeed in the playoffs, it’s still worth saying that on another night of drama at Staples [Center], the Raptors showed themselves to be the biggest stars.”

The graphic to Nichols’ right wasn’t close to correct. Hamilton appeared to be too far south in Windsor, while Oshawa way up north where Kingston should be.

Nichols isn’t in charge of the graphics on the show, but she apologized anyway, like any good honorary Canadian would do.

Oh man! Serves me right 😂
I mentioned both places because I’ve spent time in both (and as a former hockey beat writer I like to reminisce) but then didn’t check the graphic as it was going by on the show.
Please accept my humble apology and crude make-good attempt!! pic.twitter.com/x2vhZtaMGm

With a league-best 10-1 record, the Raptors are turning heads this season on both sides of the border. Kawhi Leonard has been as good as advertised, and the team doesn’t seem to miss a beat with him out of the lineup either.