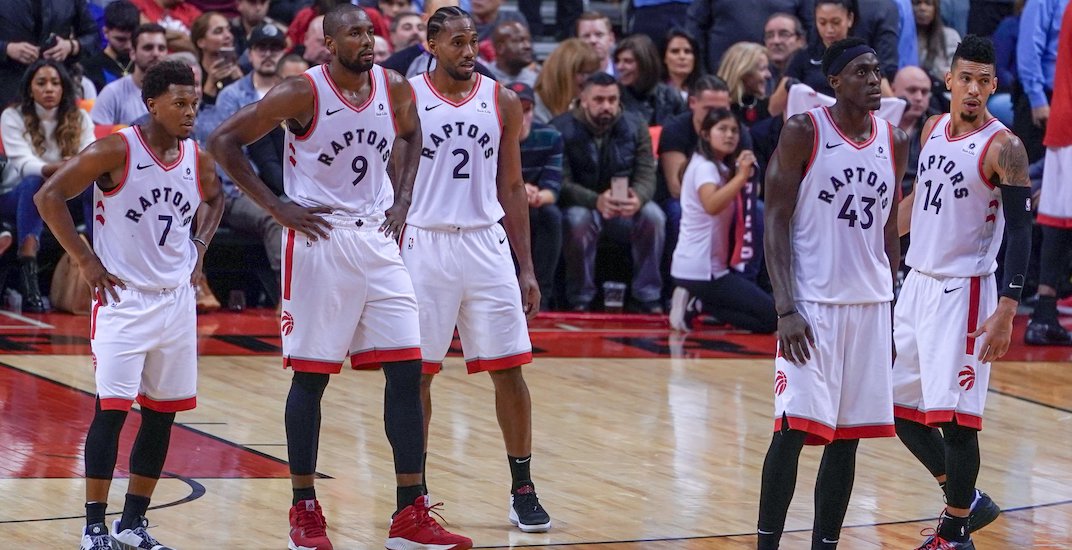 The Toronto Raptors are off to a blazing start.

Beginning the season with six straight wins, they enter November with an impressive 7-1 record, with their only loss coming in a game that their best player missed.

There were tons of question marks entering the 2018-19 season for Toronto, including how Kawhi Leonard would play coming off a long term injury, and how Nick Nurse would fare in his rookie season as a head coach. For the most part, those questions have been answered, and it is clear this Raptors team is special.

This is the best Raptors team to ever hit the court. Here are four reasons why:

Kawhi amazing at both ends of the court

He’s the best player to ever wear a Raptors uniform, period.

Leonard has played in six of the eight games and has simply dominated when he is on the court. The Los Angeles native is currently averaging a ridiculous 27.3 points, 7.8 rebounds, 3.2 assists, and two steals, while shooting 50.4% from the field and 44.4% from three.

The 27-year-old completely shut down Philadelphia 76ers guard Ben Simmons on Tuesday. Simmons turned the ball over 11 times, four times on steals by Leonard. He pestered Simmons all game long, forcing him to take bad shots.

Leonard is always matched up against the opposing team’s star. He has been shutting them down so far, and the way he is playing he is a big reason why this team is so successful.

Lowry and Green as shooting threats

Kyle Lowry has always been a leader for this Raptors team on the offensive end of the court, and along with Leonard, he is proving that to be the case again. The All-Star guard is shooting 42.3% from three on an average of 2.8 three-pointers a game.

Lowry is also averaging a career-high 11.1 assists per game, while his defence continues to be solid.

Danny Green has also been a huge difference maker for the team this season.

The team’s starting shooting guard, he’s shooting the ball tremendously. Shooting 46.8% from three, he is a true three-point specialist – something Toronto hasn’t had in a long time.

The Raptors are a deeper team than ever.

Throughout the course of October, Nurse has been using several different starting lineups. With the additions of Leonard and Green, it has made the Raptors be more flexible, allowing them to play more position-less basketball.

Nurse has the option to play OG Anunoby, CJ Miles, and Leonard at small forward or power forward.

While with an excess of guards, the Raptors can run three-guard lineups, which has proven to be successful, as well.

The versatility on this roster may be second to none, and that is why 11 players are averaging more than 10 minutes played, with Lorenzo Brown averaging just under 10. This team can play 12 or 13 players a night and not miss a beat, no matter who is playing.

In a league shying away from using centres, Toronto is not, using Serge Ibaka and Jonas Valanciunas on a regular basis.

Ibaka struggled last season playing alongside Valanciunas, now they are rotating as the centres which have freed both up to play in the post. Both players have shown that is where they excel in collecting rebounds and scoring points in the paint. Ibaka is averaging 16.6 points and 7.8 rebounds, while shooting 59.5% from the field, up from the 12.6 points and 6.3 rebounds he averaged as a power forward last season.

For Valanciunas, many fans were hoping he wasn’t going to be on the roster as he has become a liability on the floor. However, with the Raptors going smaller, Valanciunas is playing as the only ‘big’ on the court. He can play the paint more, and with him improving his shot, he can stretch the floor and shoot threes, or midrange jumpers. He is averaging 13.6 points and 7.3 rebounds while shooting 1.3 threes a game.

The way Nurse is using his centres is impressive, and the way they are both playing have helped lead Toronto to wins. If they can keep it up, it may be a big reason why this team goes deeper than it has ever gone before in the playoffs.