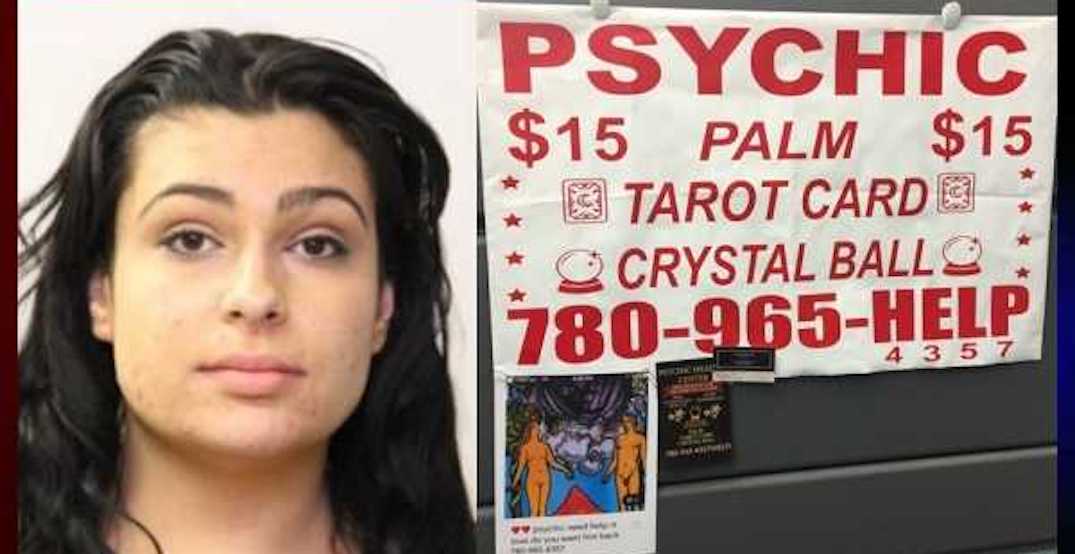 An Edmonton woman has been arrested and charged after allegedly defrauding nearly a dozen people out of tens of thousands of dollars.

Cynthia Burt, 22, was arrested on June 10 on three outstanding Canada-wide warrants. Police believe Burt may be responsible for defrauding 10 people out of funds totalling $72,500 through her work as a psychic.

A release from the Edmonton Police Service states that Burt allegedly told customers of the “Sable Psychic Studio” — wherein she worked under the name Sabrina Burt or Sable — that she needed thousands of dollars to purchase a “special crystal for a procedure that would remove negative energy.”

She allegedly told the complainants that their money would be refunded after the procedure, but a refund never occurred, according to the release.

It is believed that the incidences occurred between April 2018 and May of this year, and police suspect that there may be others who have had a similar encounter. These people are being asked to come forward by contacting the EPS at 780-423-4567.

The highest individual loss from the 10 known complainants allegedly totalled $20,250.