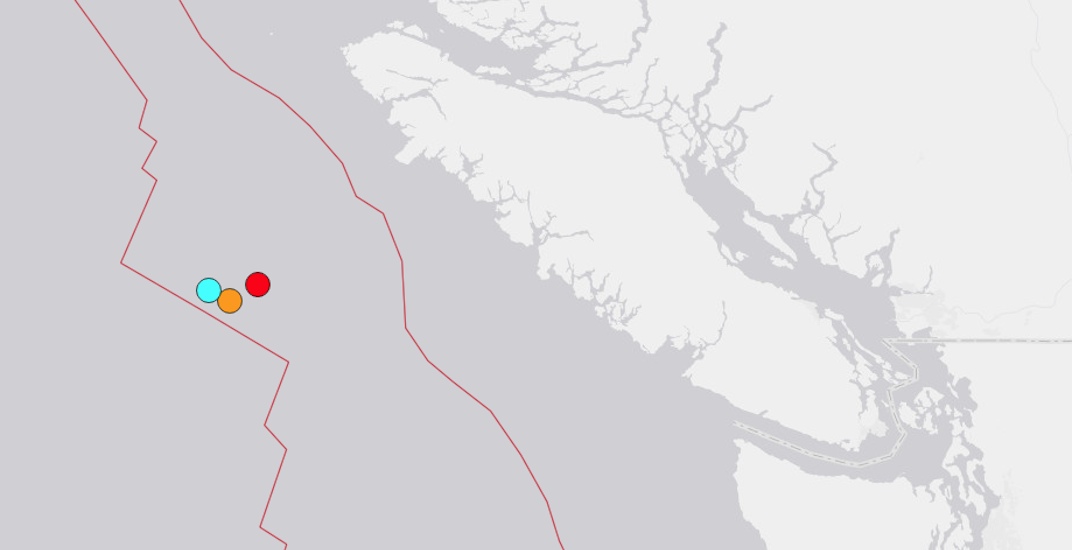 Three potent earthquakes struck within less than an hour of each other off the west coast of Vancouver Island late Sunday night.

The third seismic shock had a seabed epicentre located 223 kms southwest of Port Hardy and a shallow depth of only 10 kms. All of the earthquakes struck the same vicinity on the Explore Plate.

A fourth, smaller tremor was detected in the area at 11:36 pm PST, but it was less powerful with a magnitude of 4.9 and a deeper depth of 17.8 kms.

No damage is expected from the magnitude 6+ earthquakes given the open ocean locations of the seismic events. Had these occurred near or on land however, they could have created significant damage, especially with their shallow depths. 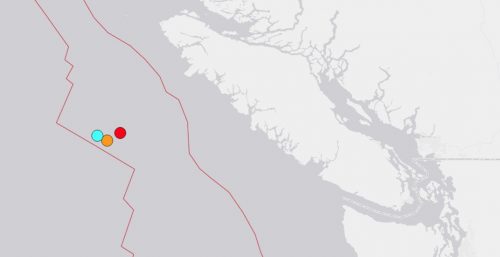 Both USGS and Natural Resources Canada have indicated there was no threat of a tsunami for any of the earthquakes, based on the data the organizations had received.

The second earthquake of the night was the largest in BC since the magnitude 7.8 that hit on October 27, 2912 in Haida Gwaii.

The area on the active Explorer Plate, adjacent to the Juan de Fuca Plate, is known for its seismic activity.