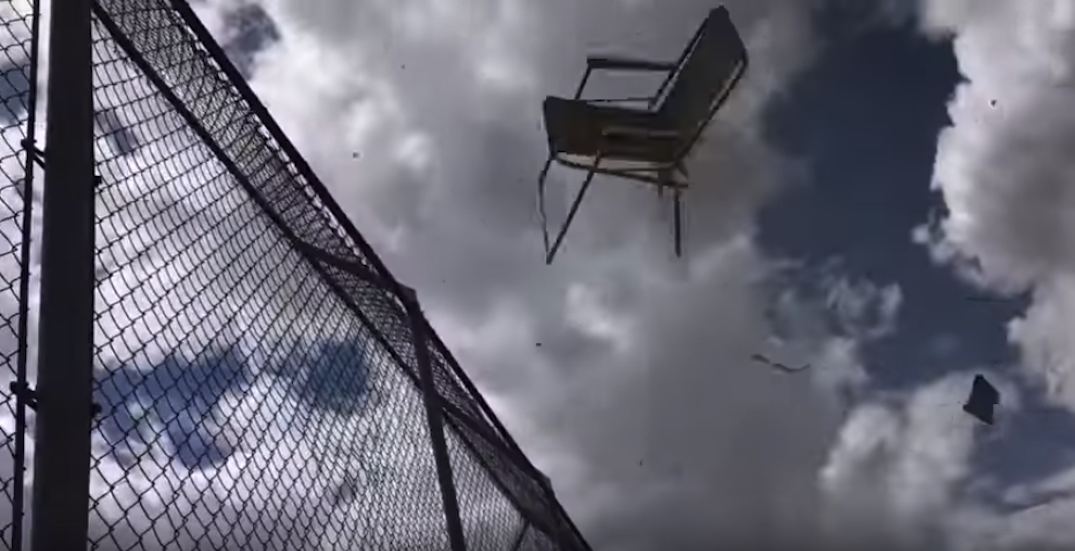 Well, that’s one way to cause a time-out.

A dust devil crashed a softball game in Vulcan, Alberta on Saturday, throwing lawn chairs into the air and frightening a few players.

Dust devils look like tiny tornados, and are created when hot air and cold air mix with one another to form a swirling vortex of doom.

Okay, okay, they’re not that destructive, but they can cause some injuries if they’re powerful enough. The one in Vulcan had enough force to lift up a few lawn chairs, though (fortunately) not the people who were sitting in them.

The entire incident was caught on camera by Kendall Hardy, who uploaded it to YouTube a short while later.

The dust devil can be seen travelling from the parking lot into the spectator area, making a brief stop by the team’s dugout, and eventually fading out near second base.

It does not appear that anyone was injured, though there were a few shocked screams coming from the dugout as the devil made its way through.

Watch the entire scene unfold in the video below: