The pedestrian underpass below Glenmore Trail will be permanently closed by the City of Calgary.

A release from the city states that the underpass had become a safety hazard to the public due to drug use and social disorder. It was also found to be underutilized by Calgarians, with only 14 people per day using it to get from one side of Glenmore Trail to the other.

“Through routine checks in the area, officers have identified the underpass as a location for consistent criminal activity,” said Constable Jake Tyerman, the Community Resource Officer with the Calgary Police Service, in the release.

“Working with our partners, we support the decision to close this [underpass] as it directly addresses the unintended consequences of an underutilized public space.”

The closure will begin on Tuesday, December 11, though the city expects that it will take up to three days to fully close the underpass.

Signage has been put into place alerting the public of the closure, and of the alternative pathways that will get them across Glenmore Trail.

A map had also been included in the release, which can be found below: 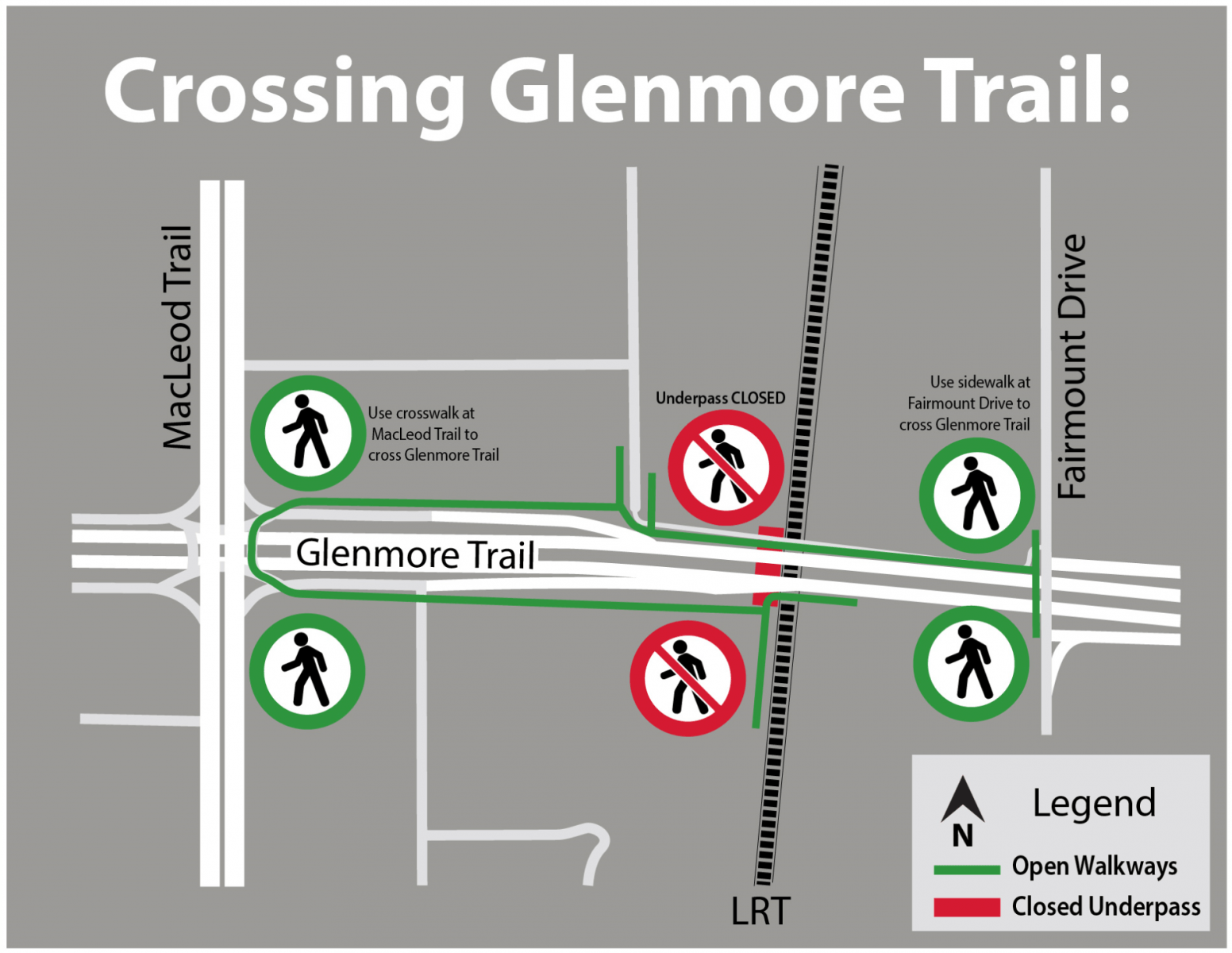