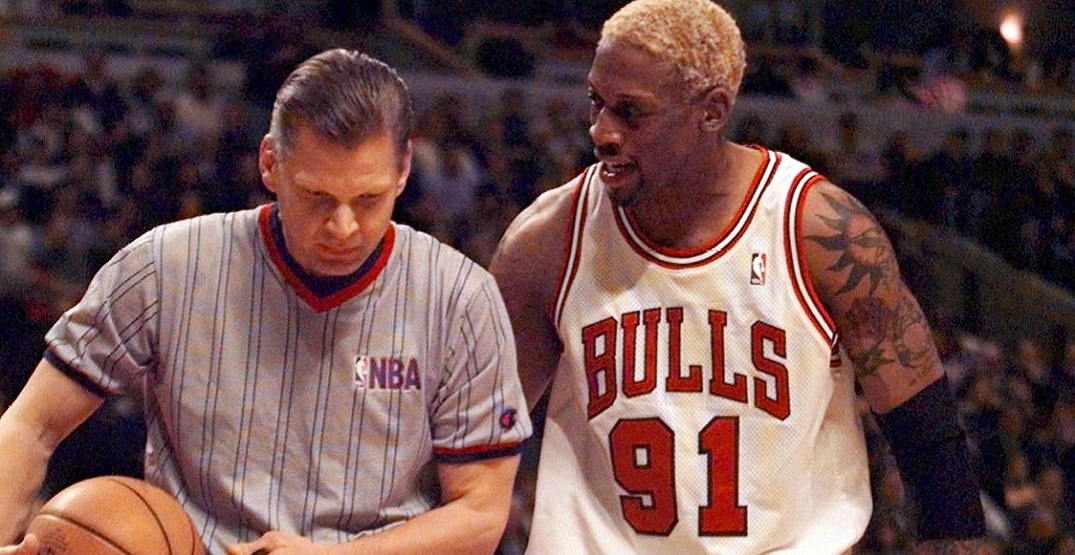 Former NBA All-Star and five-time champion Dennis Rodman has never been one to shy away from the spotlight.

Now, he’ll be an executive producer on a film about his own life — or at least, a few wild days of it.

The upcoming movie 48 Hours in Vegas will be about Rodman’s mid-season trip to Las Vegas during the middle of the 1997-98 season.

At the time of the trip, Rodman had already won four NBA titles: two with Detroit, and two in back-to-back years with the Chicago Bulls.

But a contract dispute with Scottie Pippen saw the proverbial Robin to Michael Jordan’s Batman sit out the beginning of the season until January 10, leading to an increased role on the team for Rodman.

“Dennis is really what held us together when Scottie was out,” head coach Phil Jackson said in the ESPN/Netflix docuseries The Last Dance.

“When Scottie came back, Dennis wanted to take a vacation,” Jordan added.

“I think that I created this monster,” Rodman said in The Last Dance about the public perception about his persona. “But if they take me away from this team, do they still win the championship? I don’t think so.”

Rodman was granted a 48-hour leave from the team, missing a pair of games in the second week of January on a trip with then-girlfriend and former wife, actress Carmen Electra.

“I’m pretty much the third wheel of this family,” Rodman added about Pippen’s return.

But the 48 hours with permission quickly became an unauthorized team bender.

Following the Vegas trip, Rodman returned to the Bulls en route to their third title in as many years.

It’s not the first time that Rodman’s antics have been the centre of a film. Dennis Rodman’s Big Bang in Pyongyang is a 2015 documentary about his trip to North Korea to play in a celebrity basketball game put on for North Korean head of state Kim Jong-un’s birthday party.

More details about release dates and distribution for 48 Hours in Vegas are expected to be announced later.