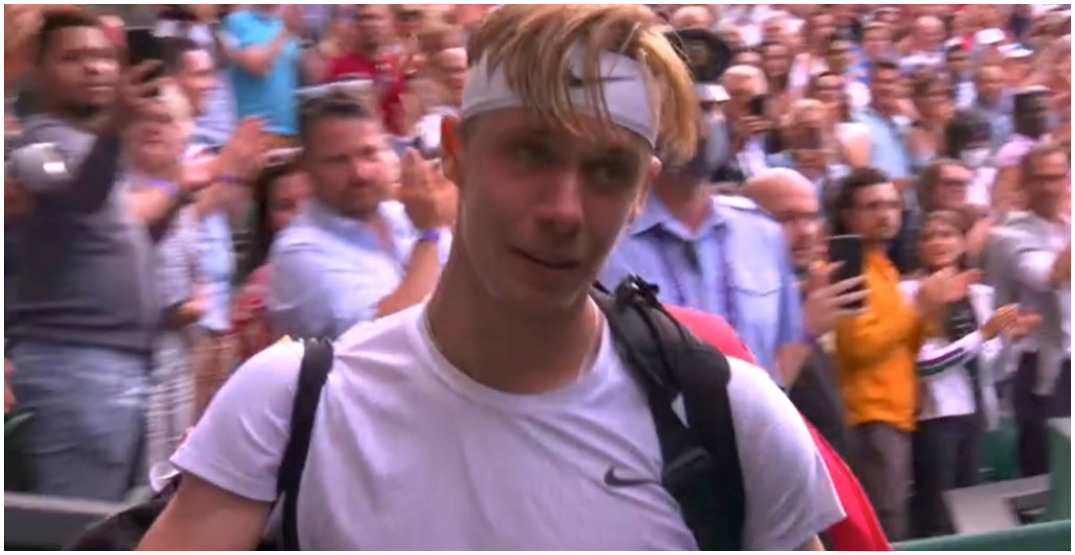 Canadian tennis fans were on the edge of their seats as Denis Shapovalov faced off against Novak Djokovic in the Wimbledon semi-final, but the #1 ranked Serbian tennis star proved too much for the young Canadian.

Playing well, Shapovalov came out strong in the first set, building a strong lead. But Djokovic came back to win it in a tiebreaker.

The second and third sets were also close, but again Djokovic held the slight edge.

The crowd and his opponent gave a very emotional Shapovolov a standing ovation before heading off the court.

“He was serving for the first set, and he was probably the better player for most of the second set,” said the Serbian of Shapovalov’s play.

“He had many chances, and I would like to give him a big round of applause for everything that he has done today and these two weeks.”

The Canadian picked up five aces in the loss.

This was the farthest a Canadian tennis player had gone in a Wimbledon tournament since Milos Raonic made the final back in 2016, before ultimately losing to Andy Murray.

Unforced errors may have been Shapovalov’s biggest enemy in this match.

Djokovic heads to his seventh Wimbledon final on Sunday to face Italian Matteo Berrettini, who won his semi-final match earlier in the day against the Polish Hubert Hurkacz.