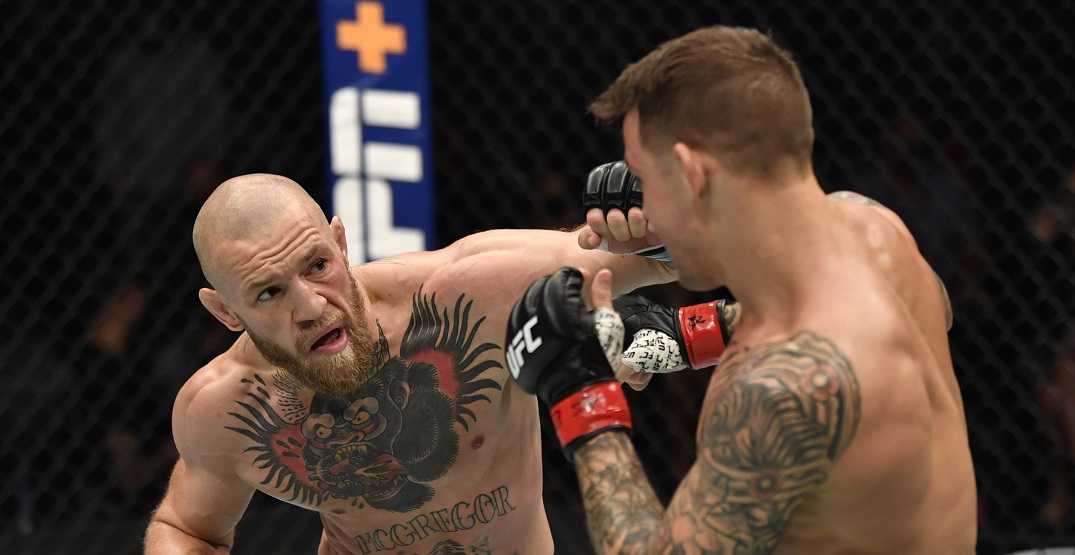 This Saturday, Ireland’s Conor McGregor and American Dustin Poirier are facing off at Las Vegas’ T-Mobile Arena in arguably the most anticipated trilogy fight in mixed martial arts history.

With the pair each winning one of their previous fights, the stage is set for what should be a remarkable showdown of two of the sport’s top combatants.

Here’s how to watch the event in Canada:

The main card of the fight can be purchased through TV providers Bell, Cogeco, Indigo, Rogers, Shaw, SaskTel, Videotron, Telus, and Eastlink. In most cases, the event can be bought either online or through your remote.

Preliminary matches will be shown on TSN and RDS, starting at 8 pm ET/5 pm PT.

Be sure to select and buy the UFC 264 card, as the monthly and yearly subscriptions only offer viewings of past events.

The main card for the event kicks off at 10 pm ET/7 pm PT. With four matches on before McGregor-Poirier, the pair is likely to enter the octagon around somewhere 12:30 ET/9:30 PT, but it’s really based on how long earlier matches last.

The pair first faced off in the featherweight class seven years ago at UFC 178, when both fighters were still establishing themselves among the MMA fanbase.

McGregor came out on top in that one, with a first-round TKO. The win was just McGregor’s fourth in the UFC, as well as his PPV debut on a card headlined by Demetrious Johnson and Chris Cariaso.

In January of this year, the pair faced off again at the lightweight level, with Poirier coming out on top by way of a second-round knockout. It was the first time McGregor had been knocked out in his MMA career.

Oddly, neither Poirier nor McGregor hold the title in the lightweight division. That distinction falls upon Brazilian Charles Oliveira, who is the likely next opponent of this weekend’s winner.