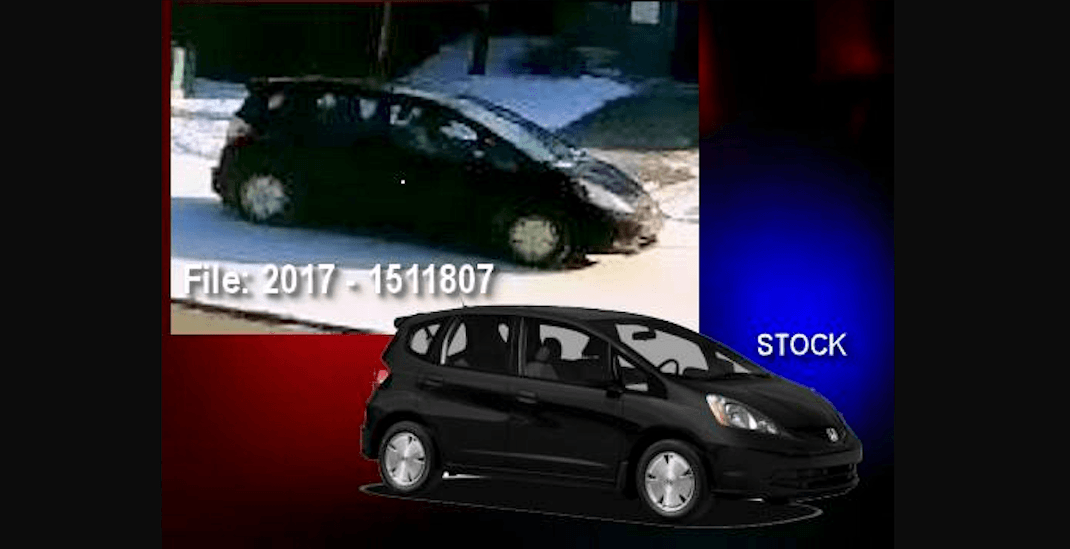 The vehicle that the suspects were driving (St. Albert RCMP)

St. Albert RCMP are asking the public’s assistance in retrieving a locket containing the remains of a St. Albert man’s deceased wife.

The locket was stolen along with a jewellery box and a fireproof safe after the man was away from home for a brief period time of time on Monday, according to a release from St. Albert RCMP.

It is unknown whether the thieves knew of the ashes, as the locket was inside the jewellery box at the time.

A black Honda Fit was seen parked in the driveway of the home during that time, and four teenage males were seen sitting inside.

Tips that lead to an arrest could qualify for a cash reward up to $2,000, according to the release.