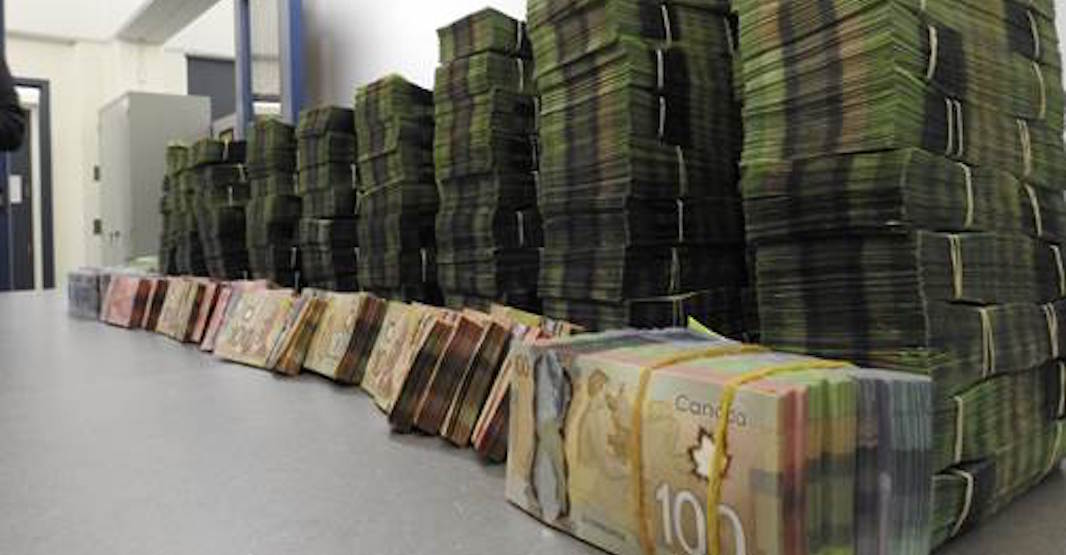 Four people have been charged in relation to the drug bust that uncovered millions of dollars worth in pills, cash, and drug-related equipment.

Searches in four Edmonton residences and one Sturgeon residence in July of this year uncovered a fentanyl pill processing lab, 1.9 kg of cocaine, 1.8 kg of methamphetamine, 128,846 fentanyl pills (with a street value of $3.9 million), other assorted drugs, more than $1 million in Canadian cash, four cement mixers, two pill presses, and a 2001 Ford F-150 complete with a hidden compartment.

It is considered the largest fentanyl pill seizure in Canadian history, according to the Edmonton Police Service.

Four people were arrested and charged on November 6 on multiple counts relating to the drugs.

Landen Wisbey, 33, Wayne Tran, 31, Dennis Trinh, 34, and Thinh Dinh, 29, were all charged with varying counts of possession of a controlled substance for the purpose of trafficking.

Wisbey and Tran were both charged with production of a controlled substance, and, along with Trihn, were also charged with possession of proceeds of a crime.