At around 8:30 am on Wednesday, a pickup truck headed west on Highway 22X collided with a semi-truck headed in the opposite direction, according to a release from Strathmore RCMP.

The collision occurred near Range Road 280, just south of Langdon. 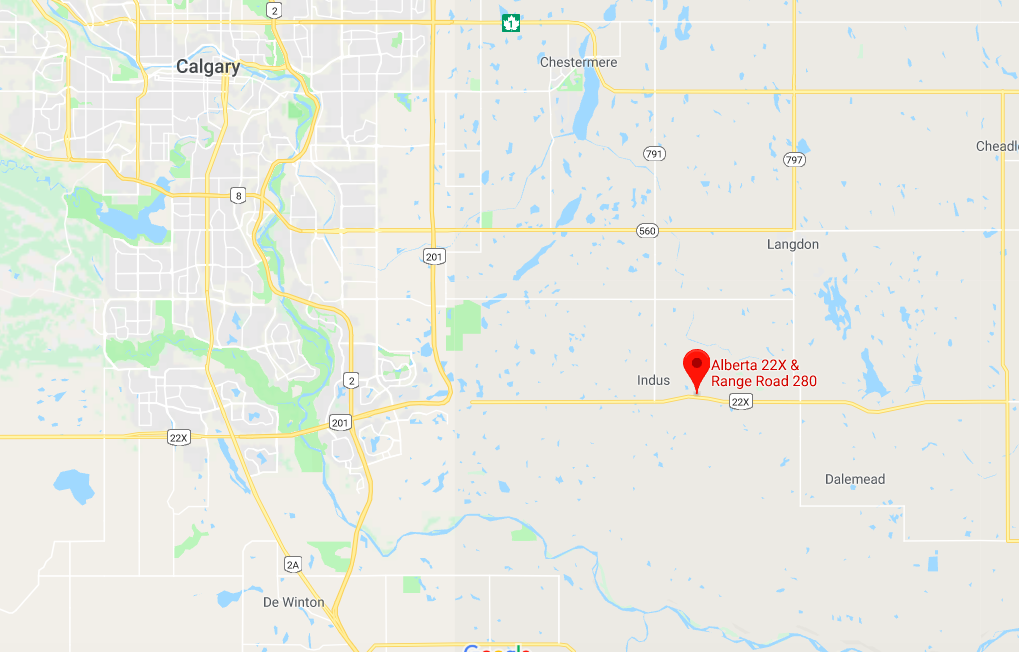 The approximate location of the collision (Google Maps)

Moments after the initial collision, the release states, a second semi-truck collided with the two vehicles as it headed westward.

The driver of the pickup, and sole occupant of the vehicle, died at the scene, though the two semi-truck drivers were not seriously injured, according to the release.

The pickup truck’s driver was a 45-year-old man from Rockyview County.

An investigation is ongoing, with a RCMP collision analyst having been present at the scene shortly after the incident.