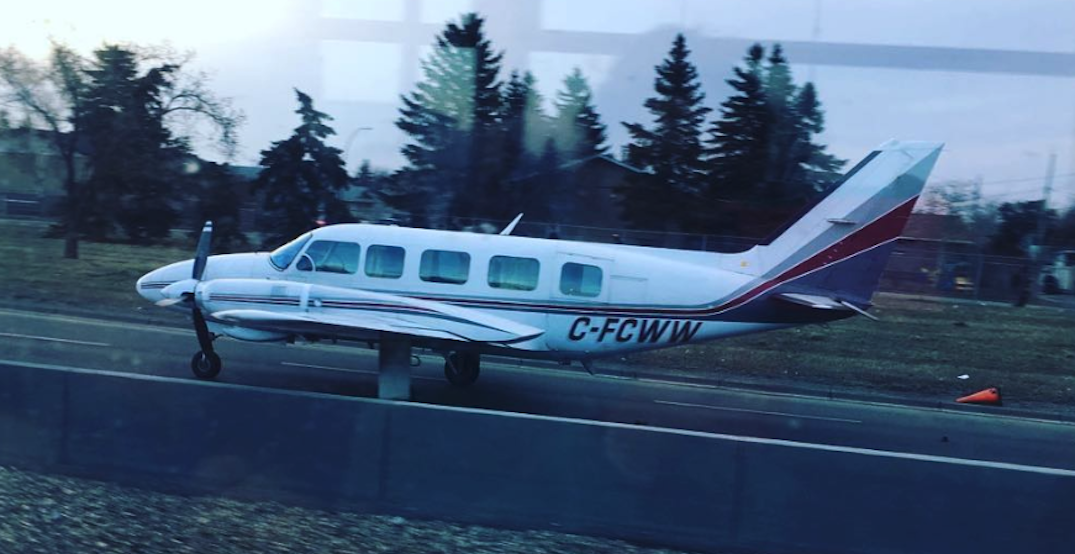 The plane that made an emergency landing in Calgary (b2tehrock/Instagram)

Following the emergency landing made by a small aircraft in the early hours of Wednesday morning, Super T Aviation, the company that owns the passenger plane, has issued two press releases on the incident.

The first release stated that the plane was forced to make an emergency landing due to a “loss of power,” though also stated that the cause for the problem remains unknown.

Two pilots were onboard at the time of the landing, along with four passengers. All six people were assessed by medical personnel after the landing and were released without injury.

A second release was issued just after 1 pm, stating that the Transportation Safety Board had arrived at the landing site.

Interviews with all pilots and passengers will be carried out by the board, along with an assessment of the scene and the aircraft.

According to the release, this is normal procedure for these incidences.

“Super T Aviation would again like to express how grateful we are that there are no reported injuries with anyone involved in this incident,” the release states.

“We appreciate all concern expressed by the public to Super T Aviation and all those involved.”

The plane, a Piper Navajo registered as C-FCWW and owned by Super T Management Ltd., took off from Medicine Hat at 4:45 am with plans to land at Calgary International Airport at 5:46 am. 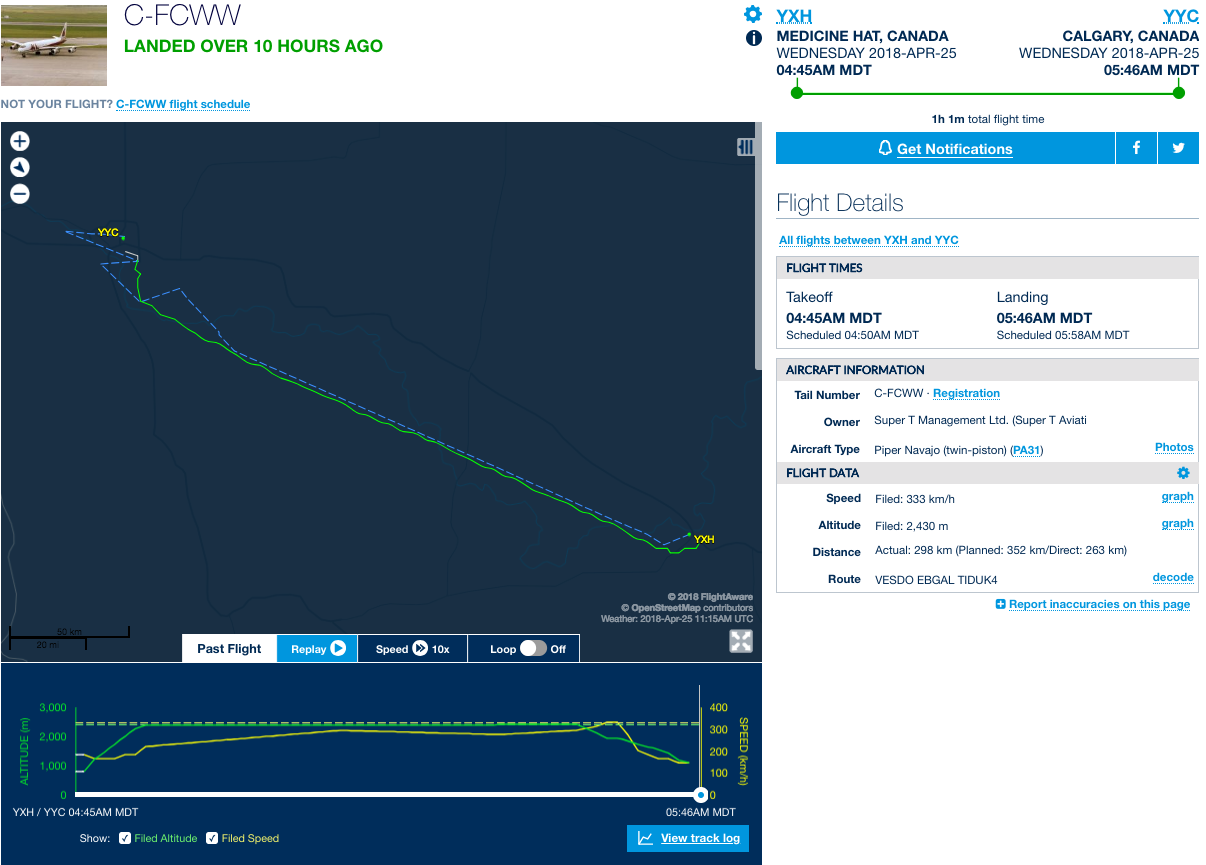 The path of the plane that made an emergency landing in Calgary (flightaware.com)

As seen in a graphic from the flight-tracking website Flightaware.com, the twin-piston plane didn’t quite make it to its final destination, instead stopping around 10 km short on the 1300 block of 36th Street NE.

The plane has since been moved off of the road, though is reportedly not expected to be moved from 36th Avenue until later tonight.