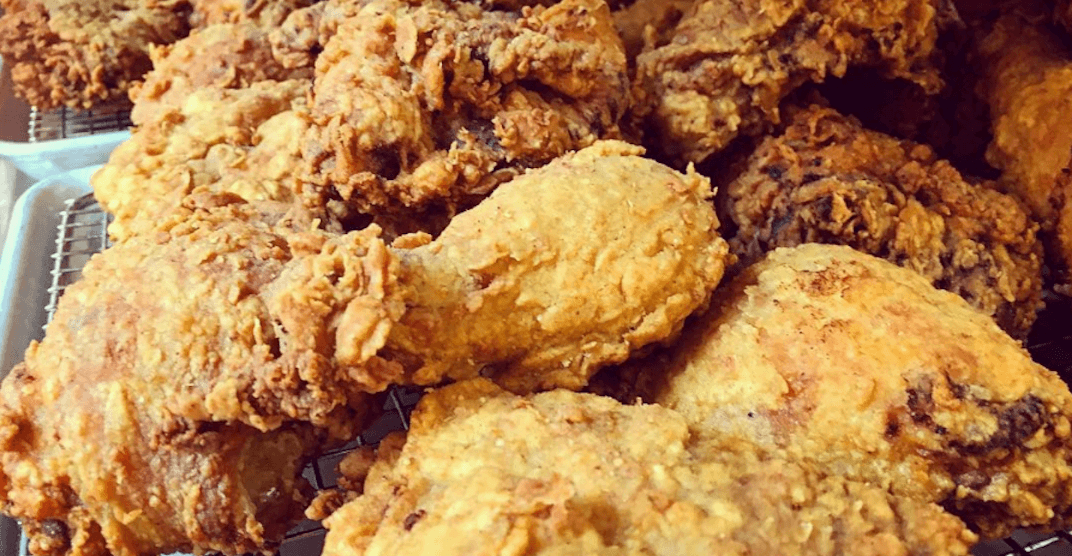 Tragedy, chaos, and wide-spread hunger has struck the United Kingdom following the devastating realization that Kentucky Fried Chicken establishments around the nation had run out of chicken.

This utter calamity has been afflicting fried-chicken lovers in the area since the dark day of February 17, when KFC switched to a new delivery partner and had some “complicated distribution problems,” according to a press release from the Colonel’s very on Twitter account.

The Colonel is working on it. pic.twitter.com/VvvnDLvlyq

Fortunately for those Brits across the pond, one restuarant has stepped up to bring the good people of the UK the fried greatness they so desperately deserve: That saviour is Calgary’s own Cluck ‘N’ Cleaver.

In a bold, nay, heroic tweet on Thursday, February 22, the Cluck ‘N’ Cleaver announced that they would be supplying free two-piece chicken meals to all UK residents affected by the #KFCcrisis.

All that these good Calgary restauranteurs ask in return is a small delivery fee of 1500£, so that they can personally fly out to hand-deliver the free* chicken to those so afflicted.

Maybe they’ll also check out the sights a bit, have a tea… who knows.

While the delivery charge may seem a bit steep, Cluck and Cleaver guarantees that it will be worth your while.

“Chicken this cluckin’ good is worth every pound,” states an informative video released by the restaurant.

Anyone hoping to get in on the deal is encouraged to go to cluckncleaver.com to place their order (and pay for the roundtrip tickets from Calgary to the UK).

*The chicken is not actually free and this is all a joke.