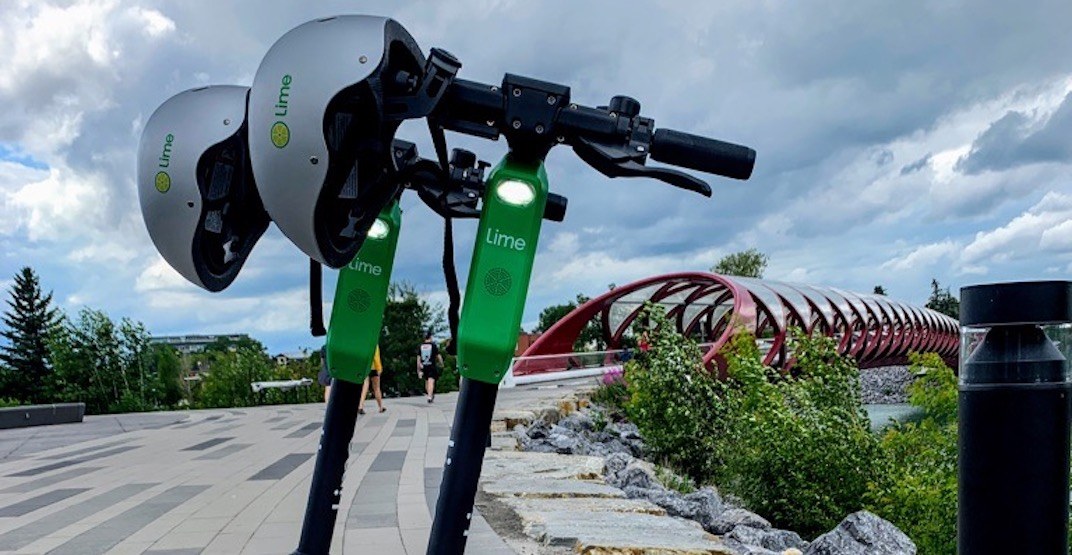 Whether you love them or hate them, you’ve got one last chance to have your say about Calgary’s e-scooters.

The Pilot program that was launched back in 2018 is coming to an end, and the City of Calgary is hosting its final survey between now and October 7.

The feedback gathered from the survey will be part of a report that will go in front of the Standing Policy Committee on Transportation and Transit that will determine the future of e-scooters in Calgary at a meeting on December 16.

“We have made a number of changes to the pilot in response to citizen feedback on last year’s survey. With the shared e-Scooter pilot ending soon, we need Calgarians’ feedback to help inform decisions about the future of e-Scooters in Calgary,” says Andrew Sedor, Transportation Planning Strategist with The City of Calgary, in the release.

Those hoping to fill out the survey will be able to do so by filling it out online until October 7.

The pilot program has seen three e-scooter providers set up shop in Calgary — Lime, Ride, and Bird — and had even become Lime’s first Canadian city to reach one million trips back in June.

Calgary also recently installed specific parking spots for shared e-scooters on downtown streets, which were paid for by participating companies.

The scooters are expected to be removed from the streets for the winter by the end of October, and City Council will determine whether or not they return to YYC come spring 2021.