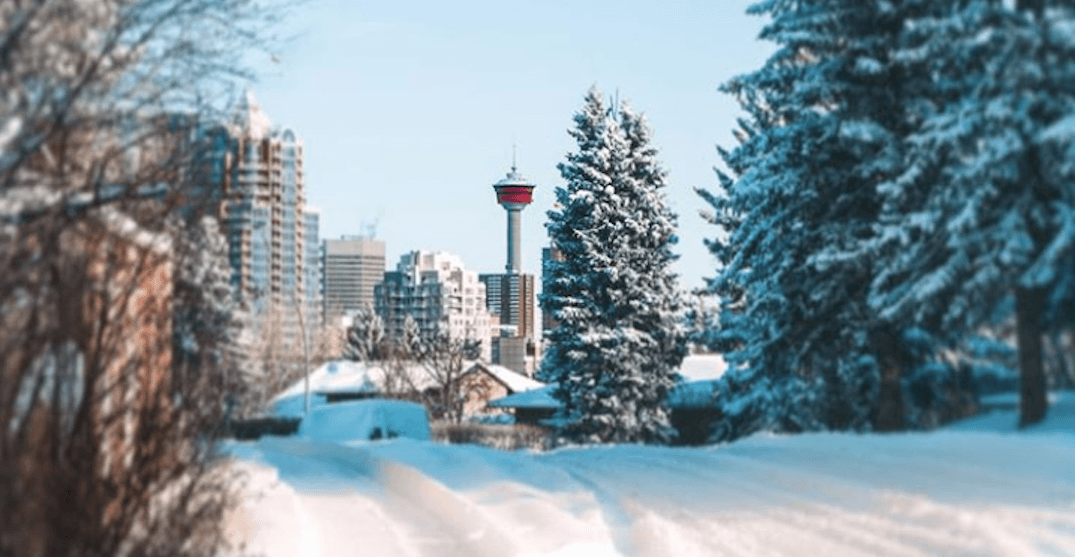 The snow may be coming, but the City of Calgary is apparently ready for what Old Man Winter has in store for us.

It’s not a secret that the first snowfall of the season is expected to hit Calgary this weekend, bringing upwards of 12 cm to the city and over 30 cm to other parts of southern Alberta.

In light of the chilly forecast, the City of Calgary has issued a release stating their plans to tackle the snow, ice, and whatever else may be thrown our way.

“In anticipation of snowfall over the next few days, we have been getting our vehicles and crews ready,” said Roads Maintenance District Manager Jim Fraser in the release.

“This first storm of the season will likely result in accumulation of snow on the streets, but the warm road temperatures and mild weather should make this a relatively easy clean-up for us.”

Sand, salt, and snow-plows are already at the ready thanks to the city’s Snow and Ice Control (SNIC) program, which is in charge of determining which roads are of highest priority to clear when the snow finally hits.

While the city will be working to clear roads, it does also ask for a little help from Calgarians as well — namely in driving a little slower when the roads are slick, and to leave at least 10 metres between your own vehicle and sanders, graders, and other snow removal equipment.

“Give yourself a little bit of extra time, plan for delays, slow down, and drive to the conditions.”

Good luck out there, Calgary, and stay safe.