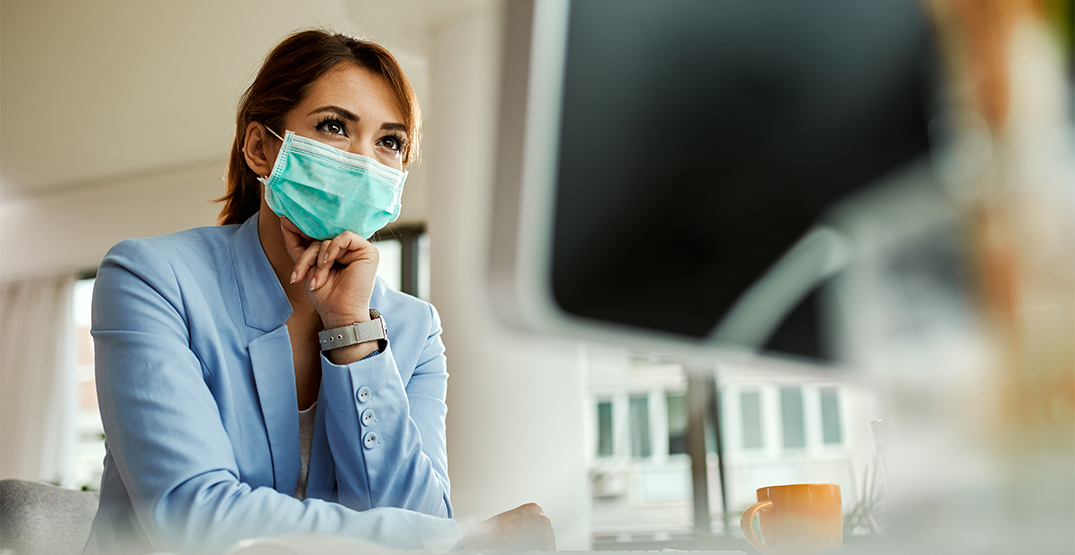 The City of Calgary has issued 40 violation tickets under the mandatory face covering bylaw.

A release from the city notes that, since the temporary mask bylaw was put in place in August as a response to the pandemic, there have been 40 instances where officers had to fine those found in violation of the rule.

According to the release, there has been only one ticket issued to a business for failure to display the necessary signage letting patrons know that a face covering is necessary for public indoor spaces.

The majority of the other violation tickets — 25, to be exact — had been issued since November 25, when the city declared a State of Local Emergency and the province’s stricter gathering restrictions came into effect throughout Alberta.

New provincial restrictions have also limited the number of people allowed in any Calgary business to 15% of capacity at most.

“The vast majority of businesses are adhering to the Public Health Act, and we are grateful to the business community for doing their part to follow restrictions and enhance the safety of their patrons,” said Ryan Pleckaitis, Chief Bylaw Officer of Calgary Community Standards, in the release.

“We have heard some concerns about overcrowding in larger retail facilities, such as shopping malls, and want to reassure Calgarians that we review all concerns in a timely manner and will continue to respond to capacity issues heard via 311.”

The release also noted that a total of 11 violation tickets were written since December 9.

Two tickets were issued on December 6 to a church following a religious gathering, as well as the one aforementioned ticket for failing to display proper signage.

Three Public Health Act tickets were issued over the past week to anti-mask protestors, with two additional tickets expected to be served relating to the same event.

“The City of Calgary will continue to investigate and actively enforce at planned events and protests that create the greatest risk to the public in violation of the PHA,” the release states.

The City also announced that it had extended the face covering bylaw until December 2021, as well as increased fines to $100 for a first offence, $200 for a second, and $300 for a third over a 12 month period.