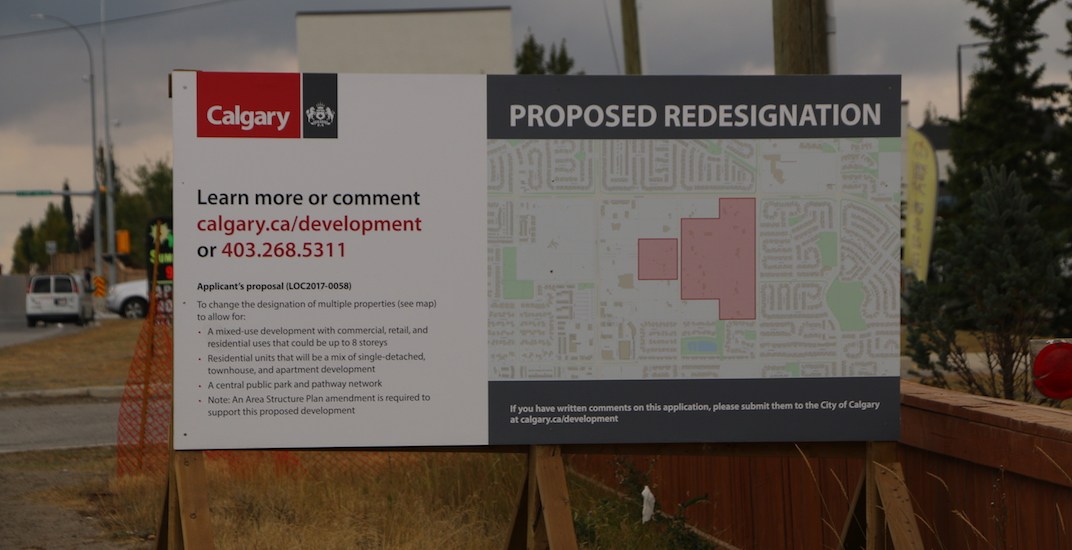 Developments around Calgary will be getting some new signage following feedback from residents of the city.

The revamped designs began appearing at developments starting on November 30, and range from small notices of 2 ft by 3 ft to larger versions measuring 4 ft by 8 ft for large-scale developments.

“This is a tremendous step towards improving how we communicate with citizens about a proposed development in their community,” said Sharon Jensen, senior planning technician with The City’s Planning & Development department, in a release.

“Calgarians told us our new notices are simple, informative and transparent.”

According to the release, 2016 saw 1,377 development permits and 436 land use redesignation notices posted around the city.