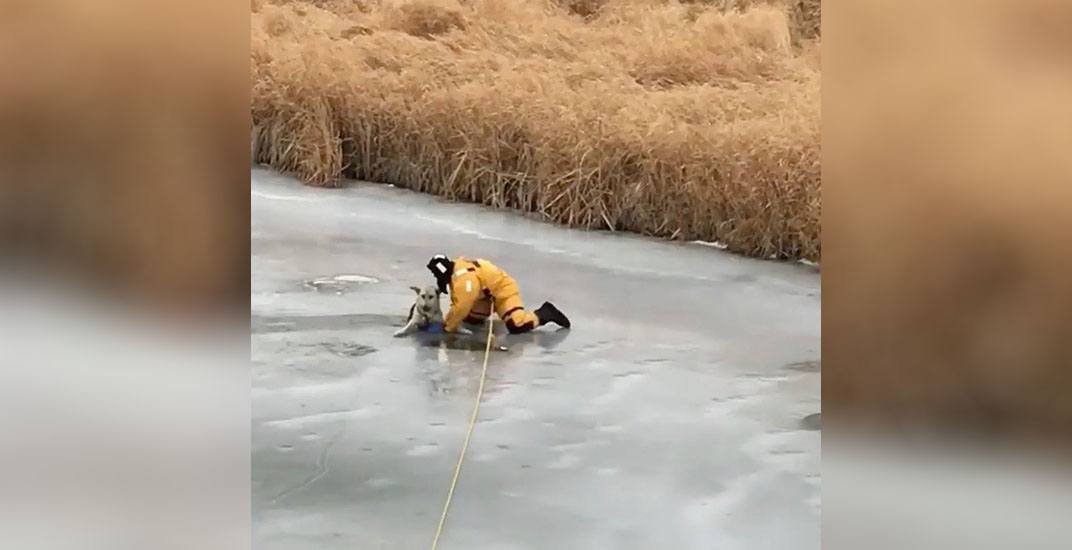 A dog in Swift Current, Saskatchewan is home safe and sound, after a firefighter had to rescue it from a frozen creek last week.

According to a Facebook post from Swift Current Fire Chief Denis Pilon, the dog’s owner let it run off-leash near a frozen creek, which the dog ended up falling through.

Pilon said that the owners immediately called 911, and it was their quick call to the fire department that saved the dog’s life.

In a video shared on Facebook, you can see a firefighter tied to a strap slowly make his way towards the dog, who is submerged in the water. But as the firefighter begins to lift the dog out of the water, he briefly falls in himself as some of the ice breaks under his weight.

After a few seconds, the firefighter manages to lift the dog out of the freezing water and it is then brought back to shore to safety.

The dog rescue video has been viewed online almost 200,000 times and serves as a reminder for all Canadians during the winter months to keep their pets and children away from frozen ice, as it can be thin and they might not be as lucky as this pup.