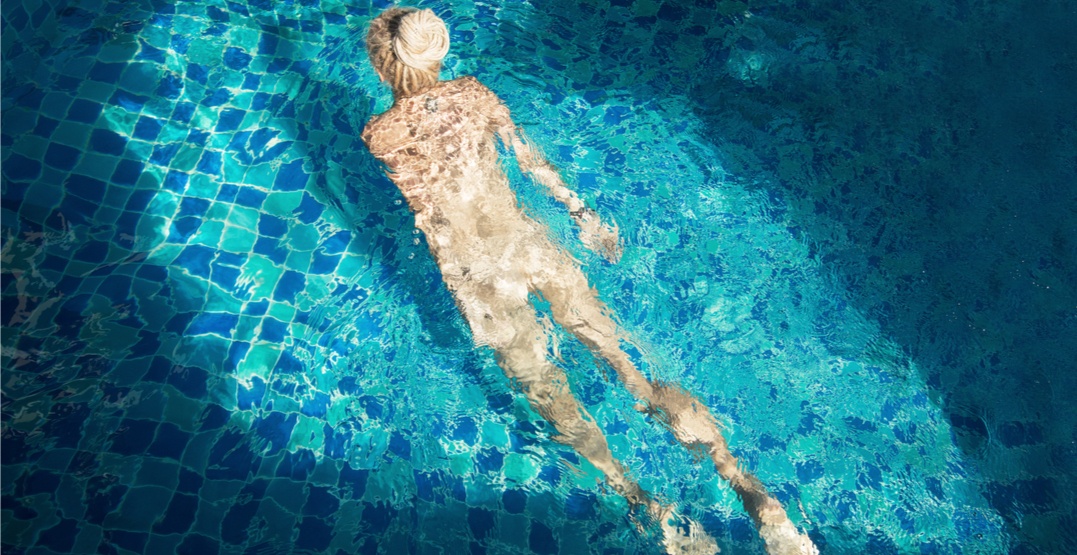 Swimming in a pool/Shutterstock

UPDATE: The Calgary Police Service has provided Daily Hive with a statement regarding a threat made to the event. That statement has been included in the article below.

The naked swim saga finally comes to an end.

What has been a controversial topic for the past week in Calgary has officially been put to rest, as the City of Calgary decided to cancel the naked swim event that was scheduled for January 14.

Following the media attention the event received last week, multiple petitions were created that either contested the event or the petition against it.

The first change.org petition was created on January 6, and called for the cancellation of the event scheduled at the Southland Leisure Centre or to place a mandatory minimum age of 18-year-old.

Since its creation, the petition received over 20,000 signatures, and prompted the creation of another petition calling a stop to that first petition, which found 6,000 signers.

Ultimately, the City cancelled the event due to “concerns about safety and security arising from volatile public commentary,” according to a release from the City of Calgary.

The Calgary Police Service said in a statement that a threat had been made regarding the naked swim event.

“The Calgary Police Service can confirm that on Monday, January 8, 2018, police received a report of a threat to the Southland Leisure Centre in relation to the naturalist swim event. District officers responded at the time of the incident and determined there was no immediate danger,” the statement read.

The City also stated that the cancellation was not due to the nature of the event, and that these swims have been held at the facilities in the past without any incident. They said that a decision has not been made about future bookings for the naturalist group, though Calgary Recreation has been in contact with the organizers.

“The City reserves the right to cancel or amend permits should special circumstances arise. Unfortunately, recent events have created the potential to impact the safety of participants, public and staff, and required the cancellation of this booking,” said James McLaughlin, acting director of Calgary Recreation, in the release.