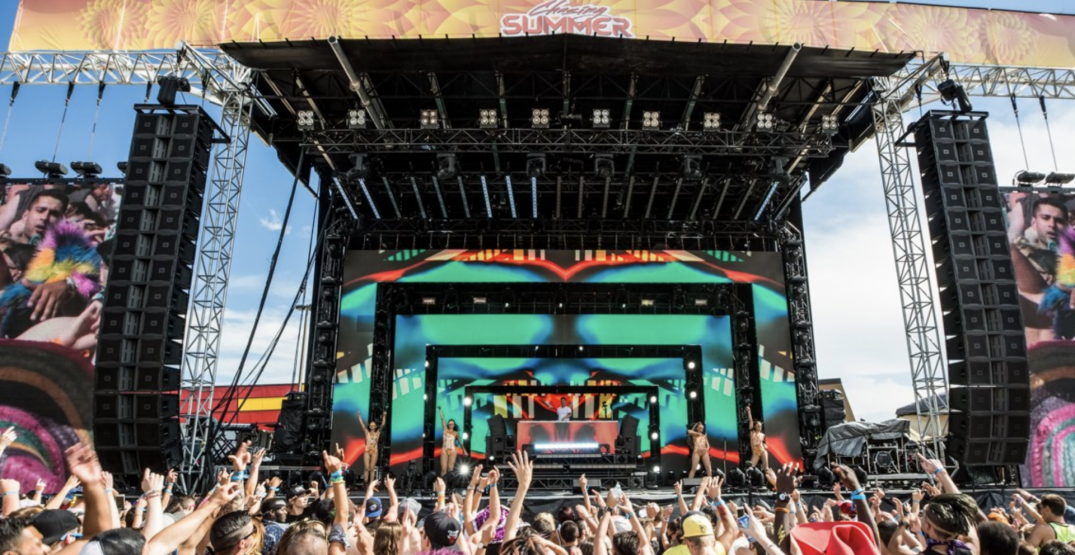 Fans of Calgary’s annual Chasing Summer music festival can rejoice: a special edition of the event has been announced for the end of August this year.

After being put on hold in 2020 due to the pandemic, organizers of the EDM festival announced on May 12, 2021, that Chasing Summer would be postponed for a second year, citing their next dates as July 30 and 31, 2022.

However, in good news for disappointed “Chasers,” organizers announced last week that there would be a music festival this year after all.

Called “Family Reunion,” this version of Chasing Summer will take place at Shaw Millennium Park on August 27 and 28, 2021.

A number of performers have already been announced under Phase 1 of the festival lineup, and a Phase 2 announcement with more artists is coming soon. So far, the event’s headliners are Kaskade, Nghtmre, and DJ Diesel, aka Shaquille O’Neal.

Tickets are on sale now, with several options available. Chasers can grab general admission tickets for the weekend, or spring for a VIP ticket, which includes:

Ultra VIP packages are also available, which include all of the above, plus access to the exclusive Ultra VIP viewing deck and spiral lookout tower and a souvenir Family Reunion T-shirt.

If you’re feeling even fancier, you can book a cabana for the weekend. Cabana tickets start at $5,999, and three levels are available: the Twilight, Dawn, and Dusk Packages.

These tickets come with your own private furnished cabana with dedicated serving staff, pre-paid alcohol and mixers, access to private washrooms, a limited-edition souvenir laminate and lanyard, and an escort into the event by the festival concierge. Cabanas also come with 10 or 20 festival passes, depending on the level you’ve purchased.

Snag your tickets and get ready to chase summer right into the end of August, YYC.