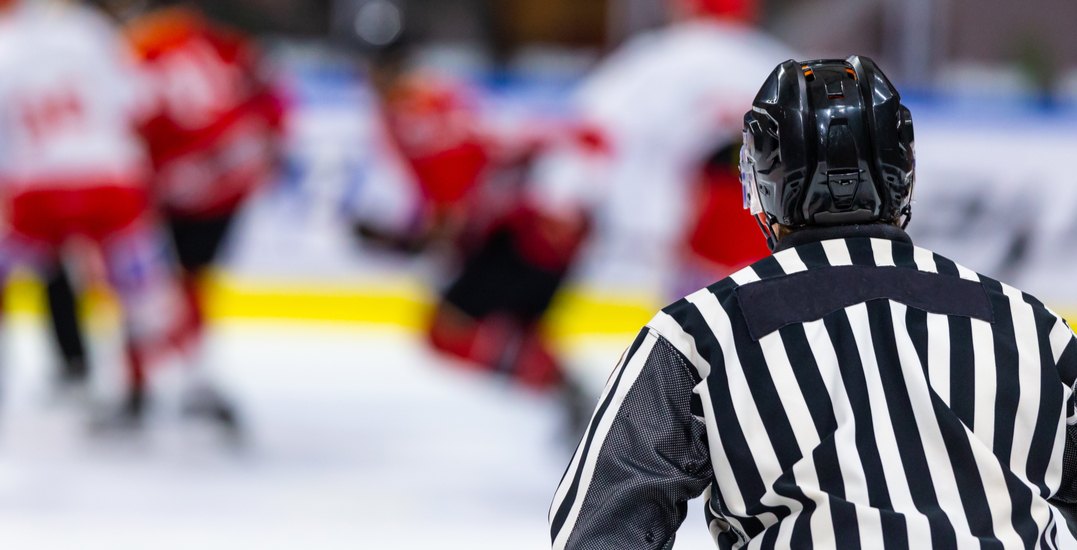 Most Canadians have been mad at a hockey referee at some point, but two people in Lloydminster, Alberta took things a bit too far.

Lloydminster RCMP were called to a local hockey arena at around 10 pm on February 18 on reports of referees being assaulted in their change room.

According to the RCMP release, the 36-year-old and 24-year-old referees had been assaulted by two family members of one of the hockey players who had just been on the ice for a Junior B game.

The two alleged attackers were 51-year-old Scott Payne and 23-year-old Jayden Payne, both of Lloydminster.

“This type of behaviour has no place in our hockey community,” said Constable Michael Hagel, in the release.

“As adults, you are responsible to set a good example for the youth playing the game.”

The two have been charged with assault and were both released following the incident. They will appear in provincial court on Monday, April 8.

Lloydminster RCMP is asking anyone with further information about the incident to contact them at 780-808-8400, or anonymously through Crime Stoppers by calling 1-800-222-8477.