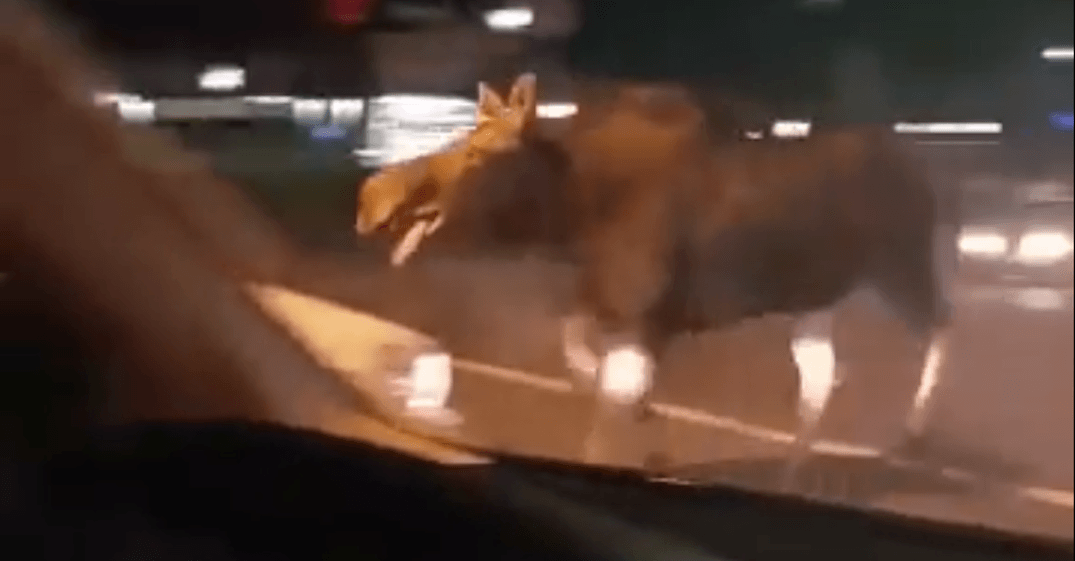 Identified later by Sudbury police as Martha the Moose, she seemed to be having a wild weekend.

“Please use caution as the moose is failing to follow direction by police,” tweeted Sudbury police.

Apparently, Martha was failing to obey traffic lights and right of ways. Police also said she refuses to use crosswalks.

. Just another Sudbury Saturday Night in Northern Ontario. #mooseontheloose Drive with caution in the area. Thanks to @sea_perry for sharing pic.twitter.com/S3C4n7mk8q

. Insp Mooseau’s distant cousin Martha failing to obey traffic lights & right of ways. She also refuses to use crosswalks. Keep an eye out

But while she had a wild night in the city, Martha proceeded to go home without getting hurt, or hurting anyone.

No word on how her hangover was on Sunday.

Martha spent the night in the area and has since left the area on her own accord to greener pastures. ^rn https://t.co/gV7pBqeIda