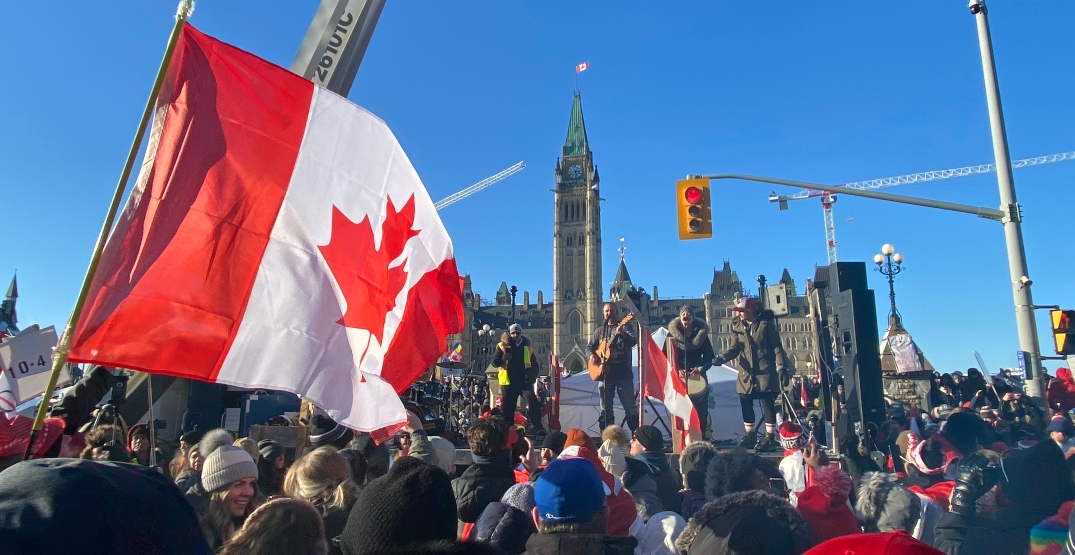 The Canadian Civil Liberties Association (CCLA) announced Thursday it plans to sue the federal government over its decision to invoke the Emergencies Act in response to ongoing protests and blockades.

“The government has brought in an extreme measure that should be reserved for national emergencies, a legal standard that has not been met,” said CCLA executive director Noa Mendelsohn.

“Emergency powers cannot and must not be normalized,” Mendelsohn added.

The Emergencies Act was brought in by Prime Minister Justin Trudeau on Monday in response to ongoing demonstrations against COVID-19 restrictions and vaccine mandates.

The convoy protest in Ottawa has gridlocked the downtown core for nearly three weeks, while other demonstrations have blocked international border crossings in Windsor, Ontario, and Coutts, Alberta.

The association denounced the invoking of the act earlier this week.

You can watch the CCLA’s full press conference below.

Trudeau doubled down on his decision Thursday morning in the House of Commons, where MPs are engaged in a days-long debate over the act.

“Invoking the emergencies act is not something that we do lightly,” stated Trudeau in the House of Commons. “It’s not the first option, or even the second or the third. It is a last resort.”

Trudeau also reiterated that the scope of the legislation is temporary, targeted, reasonable and proportionate.

With files from Isabelle Docto