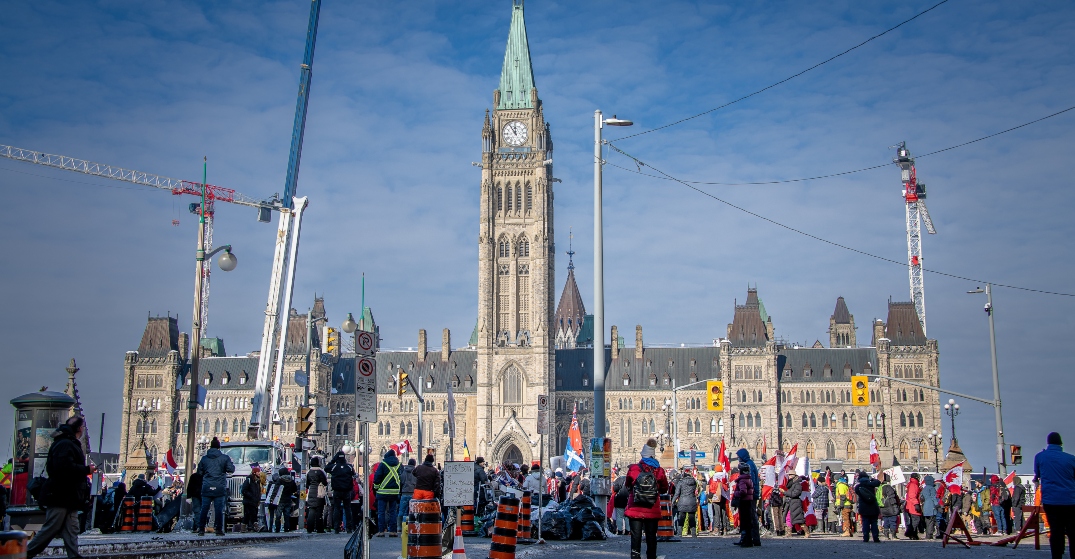 A Canadian organization devoted to the defence of civil liberties and constitutional rights has denounced Prime Minister Justin Trudeau’s invoking of the Emergencies Act.

The Canadian Civil Liberties Association (CCLA) says the federal government has not met the threshold necessary to invoke the Act.

In a Monday evening tweet, the CCLA says the law creates a “high and clear” standard that allows the government to bypass the ordinary democratic process, claiming the “standard has not been met,” referring to the ongoing trucker protest in Ottawa.

Citing the Canadian Justice Laws Website, the Toronto-based nonprofit organization says the Emergencies Act can only be invoked when a situation “seriously threatens the ability of the Government of Canada to preserve the sovereignty, security and territorial integrity of Canada” and when the situation “cannot be effectively dealt with under any other law of Canada.”

The organization, which has been defending Canadian civil liberties and constitutional rights since 1964, says the government “regularly deals with difficult situations” and does so by using powers granted to them by democratically elected representatives. “Emergency legislation should be normalized,” says the CCLA. “It threatens our democracy and our civil liberties.”

The CCLA says it “actively stands up to power by fighting against rights violations, abuse of police powers, inequality, and discrimination.” The organization’s website says it stands for “freedom, equality, and a better future for all people in Canada.”

The federal government has not met the threshold necessary to invoke the Emergencies Act. This law creates a high and clear standard for good reason: the Act allows government to bypass ordinary democratic processes. This standard has not been met. 1/3

On Monday, Trudeau announced the Canadian government would invoke the never-before-used Act, granting the federal government more powers to deal with the protests across the country.

Trudeau clarified that the scope of these measures would be time-limited, geographically targeted and “reasonable and proportionate” to the threats they are meant to address.

He added that the Act would be used to strengthen and support law enforcement agencies at all levels across the country.

Trudeau went into further detail about how exactly these measures will “help get the situation under control.” The police will be given more tools to restore order in places where protests can create illegal and dangerous activities.

With files from Isabelle Docto.