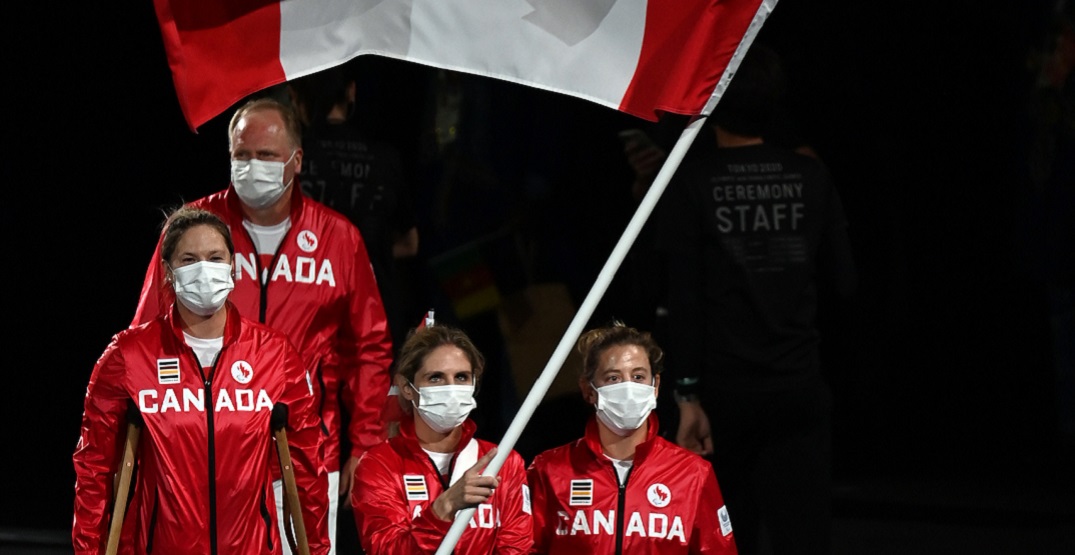 After Tuesday’s opening ceremonies, the 2020 Tokyo Paralympics are officially underway.

Running from August 25-September 4, 539 events across 22 sports are set to begin later today.

And while Canada is sending a contingent of 128 athletes competing across 18 sports, it was a rather tame representation at this year’s opening ceremonies due to COVID-19 restrictions.

It’s our time to shine!

History will be made at the #Tokyo2020 Paralympic Games. Bring on the Games! Go Canada Go! 🍁#SportCanada | @CDNParalympics

Para judo athlete Priscilla Gagné, who finished fifth at the Rio 2016 Paralympics, carried the flag in for Canada.

“It’s been my dream to compete in the Paralympics ever since I was a 10-year-old child, and to be given the honour of flag bearer is beyond anything I could have imagined,” said Gagné in a press release.

Gagné won a bronze medal in the 52kg judo category at the 2018 Para judo world championships.

“For me, it represents unity within diversity, it represents strength and resilience, and it represents a hope for something greater than what we have,” Gagné added. “I really hope that for kids living with disabilities, this inspires them to never stop dreaming, to never listen to somebody who tells them no, and to stand together with people who believe in them.”

Despite most of Team Canada not attending the opening ceremonies, it appears a Pep Rally in the Olympic Village was held to keep their spirits up.

Some of our favs from the #TeamCanada pep rally! 🇨🇦📸 pic.twitter.com/6RKRblknLN

In Canada, the Paralympics can be watched both on CBC for select events and via CBC.ca. A full streaming schedule is available here.