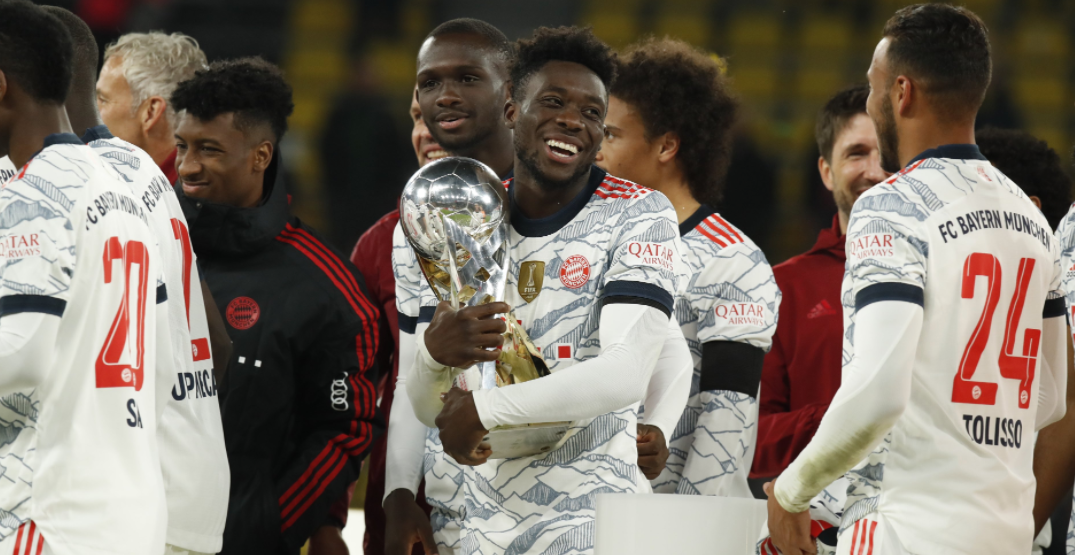 The 20-year-old Davies, who was born in a refugee camp in Ghana before moving to Edmonton and eventually Vancouver, has emerged as one of soccer’s brightest young stars.

“I’ve read your stories and learnt about the journeys you have all been through,” Davies said in a statement posted to his Twitter page. “You are the most courageous sports team in the world right now.”

The Refugee Team first competed at the 2016 Rio Summer Olympics, offering refugee athletes a chance to still compete despite displacement, competing under a unified Olympic flag.

Davies currently plays for German side Bayern Munich after transferring from the MLS’ Vancouver Whitecaps in 2018. He also serves as a Global Goodwill Ambassador for UNHCR, the UN Refugee Agency.

Davies’ full statement is below:

To the Refugee Paralympic Team,
Tomorrow it all begins – the greatest Para sport event on earth. Congratulations for being right at the heart of it. You might be nervous now, but that’s expected. When I play for FC Bayern Munich and Canada, I get butterflies before every match.

Please know this: as you dive into the water, as you prepare to throw, as you step into the arena, know that you are not alone. The world is behind you, including 82 million displaced people, 12 million of whom are living with a disability.

Not everyone understands the journey you have been on. But I do and that’s an important part of what made me who I am. I was born in a refugee camp. My family and I fled war. I appreciate it’s sometimes hard to talk about the past. The experiences you’ve had, the things you’ve seen, the discrimination you’ve faced.

I’ve read your stories and learnt about the journeys you have all been through. You are the most courageous sports team in the world right now.

Many don’t understand how tough it is being a refugee, having been forced to flee for your safety. How tough it is being displaced in the middle of a pandemic. Tough being all alone thousands of miles from your families when you need them most. Tougher still when you have a disability. But although your path has been hard you’ve never given up.

You have found a way to not only practice sport but to perform at the highest levels. All those years of dreaming to be on the big stage. all those lung busting sessions in the gym, that hard work and sheer determination has brought you to this moment, the Tokyo 2020 Paralympic Games.

One of the things I know about sport is its power to change lives. You are all role models now with the power to inspire others. Make no mistake, what you are about to do in Tokyo will change people’s lives. There are going to be young people who will take up sport because of you.

There will be refugees who, through watching you succeed, will believe they can too. And you know what, those people are the next nurses, teachers and scientists. That’s change starting with sport.

That’s why tomorrow at the Opening Ceremony, when you lead out the athletes of 160 nations for the most important Paralympic Games in history, I’ll be watching along with the rest of the world, and we’ll all be cheering you on.

So, go out and do your thing. Do it like you’ve never done it before. Give it 100 per cent. Don’t focus too much on the rewards and go out there with a smile on your face, knowing you worked hard to be there. That’s when you’ll be at your best. And welcome to the show — you belong here.

Your friend and fellow refugee,