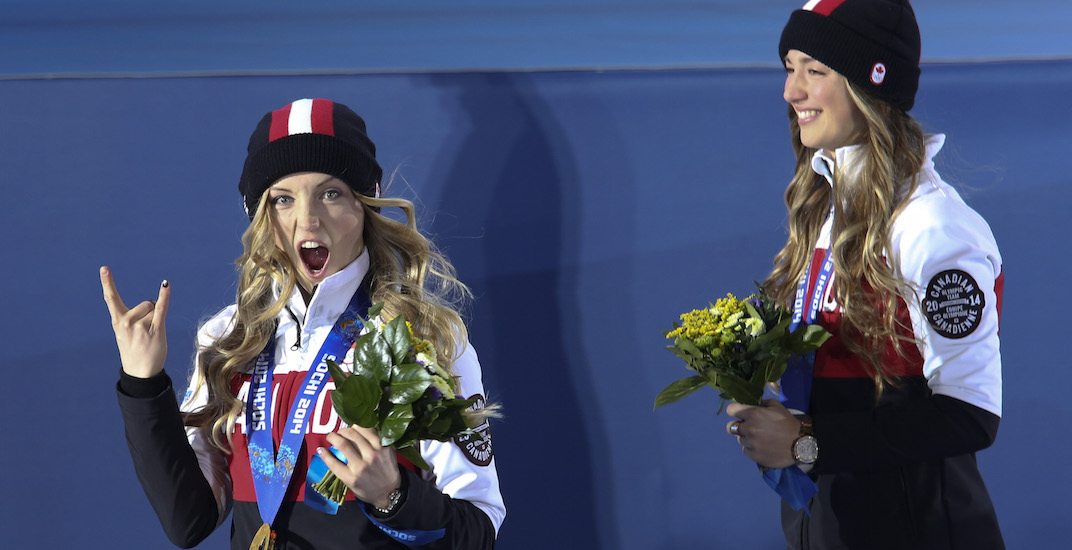 Team Canada has high hopes heading into the 2018 Winter Olympics in PyeongChang.

Projected to win 28 medals, they could beat the national record (26 medals, at Vancouver 2010) at a Winter Games.

With contenders across a variety of different sports, this is an Olympic Games you won’t want to miss. Here are 37 Canadian medal hopefuls. 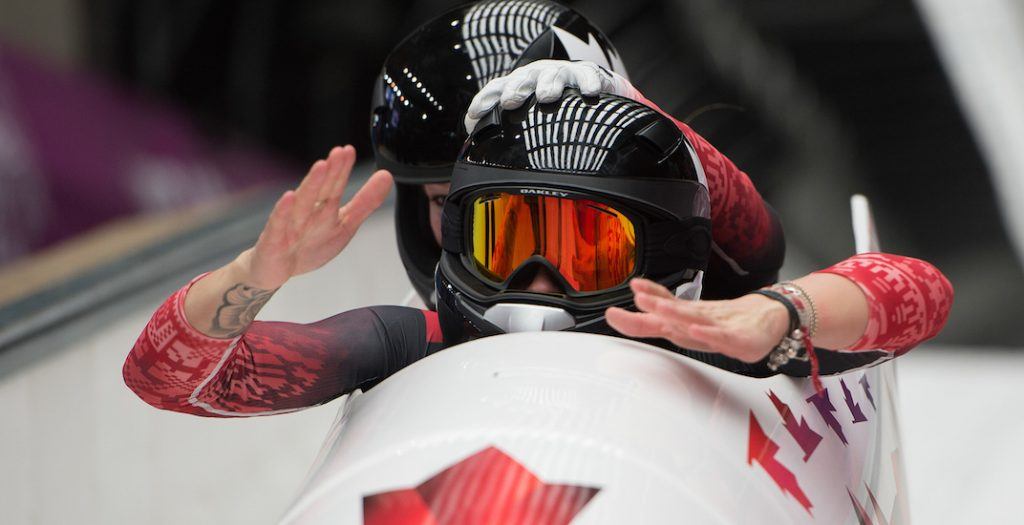 A back-to-back Olympic gold medallist, Kaillie Humphries was named the 2014 winner of the Lou Marsh Award as Canadian Athlete of the Year. Most recently the 32-year-old Calgary native finished in second place at the World Championships and in the overall World Cup standings, and could win another gold in PyeongChang. She’s got a new partner this year, in Phylicia George.

Humphries’ old running-mate Heather Moyse has found a new pilot in the form of Alysia Rissling.

Moyse, who has two Olympic golds in her trophy case, has represented Canada internationally in bobsleigh, rugby, and cycling. She left the sport after Sochi, needing hip surgery, but Rissling convinced her to return last fall. They finished in fourth place in a World Cup race together. 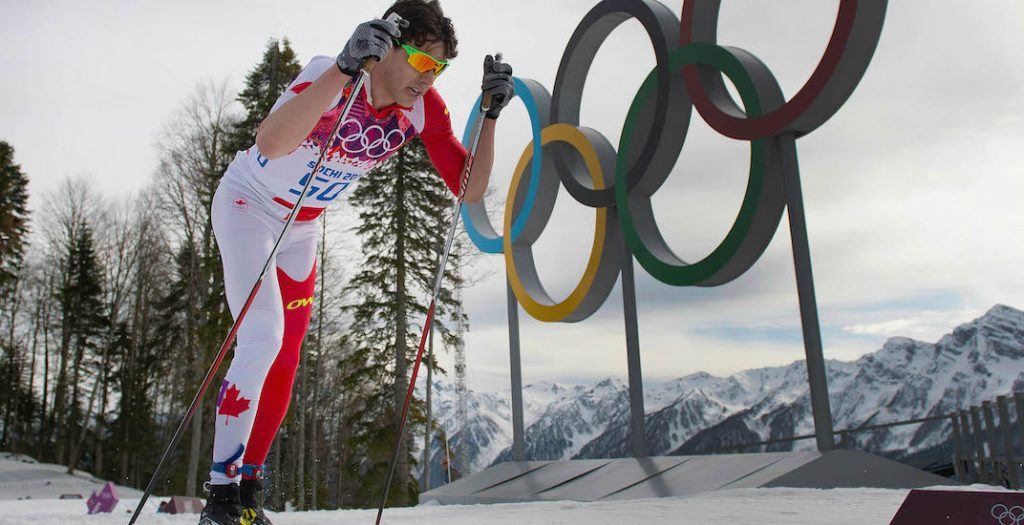 The most successful Canadian cross-country skier of all-time, Alex Harvey was a candidate for Canadian Athlete of the Year in 2017. He won gold at the World Championships in the 50km mass start free. He was also sixth in team sprint classic, fifth in 30km skiathlon, and 12th in sprint free. 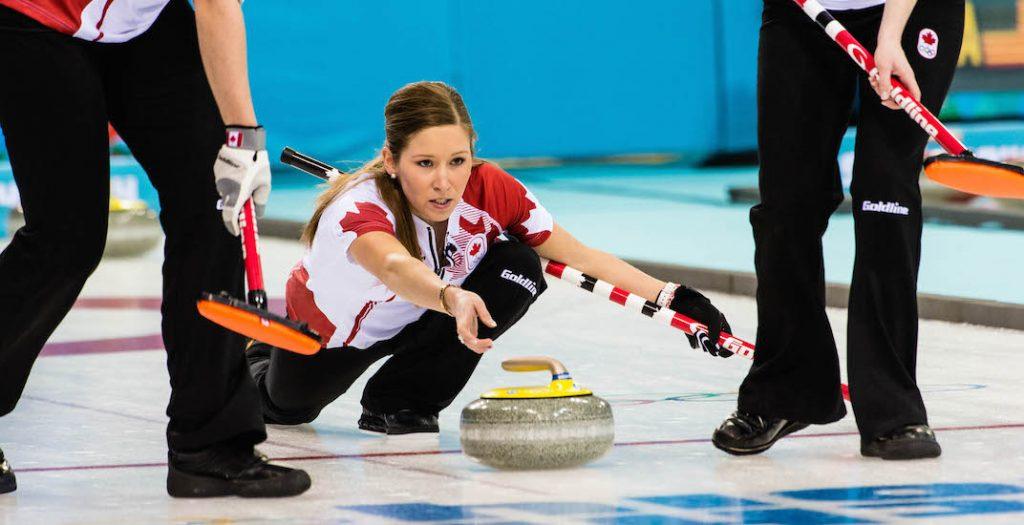 Kaitlyn Lawes won gold in Sochi as the third on the team skipped by Jennifer Jones, becoming the first women’s team to ever go undefeated with 11 straight wins through the Olympic tournament. This mirrors John Morris’s Olympic gold win in a perfect 11-win tournament at the Vancouver 2010 games.

This year, they join forces in the new sport of mixed doubles curling.

Alberta’s Kevin Koe is making his Olympic debut in Korea. He’s a three-time Canadian champion and two-time world champion skip, and has some Olympic experience on his team in Marc Kennedy who was on Kevin Martin’s gold medal team in 2010. 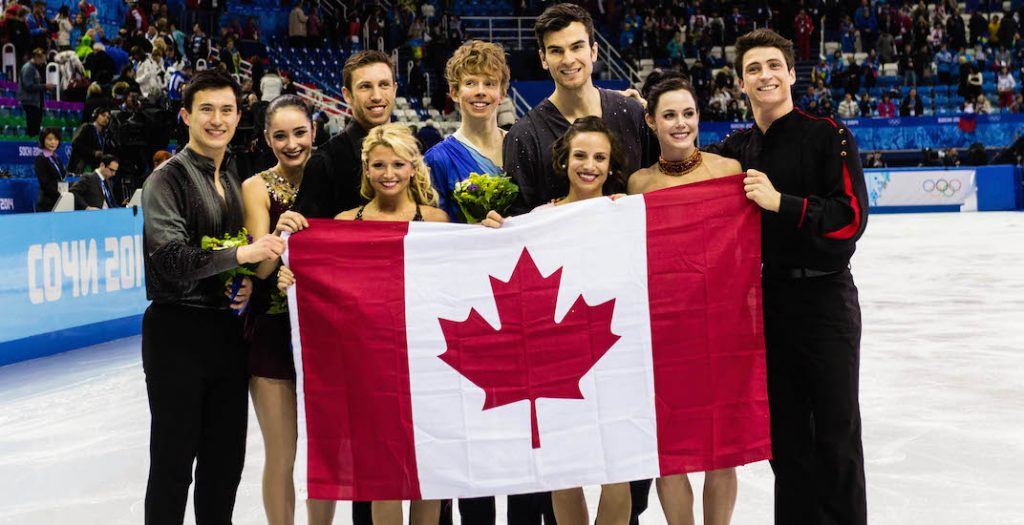 Two-time Olympic silver medalist and three-time world champion, Patrick Chan, is about to compete in his third and final Olympics. His past accomplishments earned him the Lou Marsh Award as Canadian Athlete of the Year, and the Lionel Conacher Award as Canadian Male Athlete of the Year. The 27-year-old new Vancouver resident, originally from Toronto, just won his 10th national title in January.

A silver medallist in the team competition at Sochi 2014, 22-year-old Kaetlyn Osmond is looking for glory in the individual competition. She won silver at the 2017 World Championships.

Making her second appearance at the Olympic Games, 20-year-old Gabrielle Daleman appears to be peaking at the right time. She won bronze at the World Championships, and finished ahead of Osmond for gold at the Canadian Championships in Vancouver last month.

Meagan Duhamel (32) and Eric Radford (33) won gold at the World Championships in 2014 and 2015, before finishing seventh last year. They finished seventh four years ago in Sochi.

In their first Olympics in 2010, Scott Moir, and Tessa Virtue became the youngest ice dance team to ever win Olympic gold. Still just 30 and 28 years old respectively, Canada’s flag bearers are a strong contender once again after winning gold at the 2017 World Championships.

Canada won silver in the team event at Sochi 2014 and are a great bet for gold this time around. 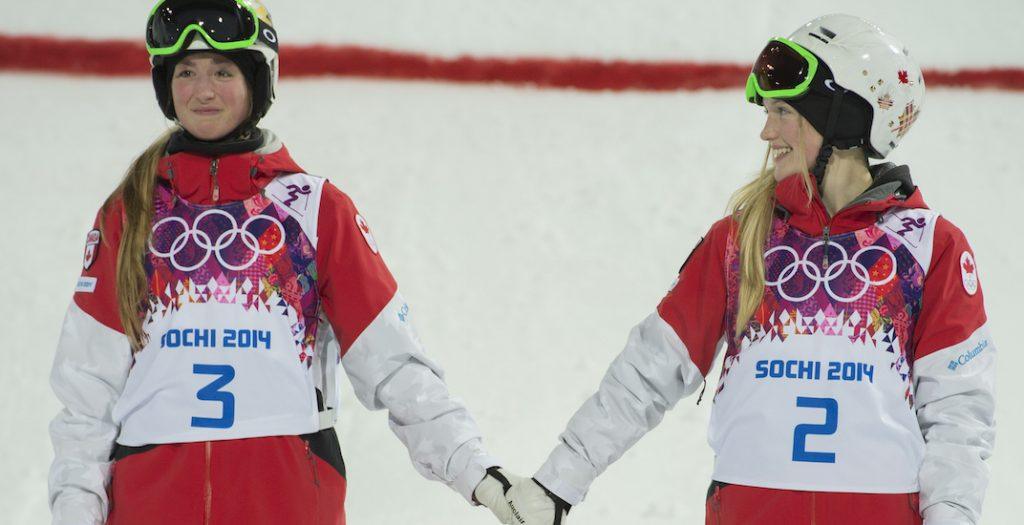 Kelsey Serwa stood on the Olympic podium in 2014 with a silver medal win. The 28-year-old has suffered through a number of injuries in her career, but should be a medal threat once again.

Currently third on the World Cup circuit, Comox, BC’s Cassie Sharpe should be a medal threat in her first Olympic Games.

Ranked second on the World Cup, Simon d’Artois has a shot at a medal in his first Olympics.

Justine is currently ranked sixth in the World Cup standings and won bronze at the 2017 World Championships.

Deux-Montagnes, Quebec resident Mikael Kingsbury left Sochi with a silver medal around his neck, and is looking to stand atop the podium in PyeongChang. Kingsbury recently won bronze at the 2017 FIS World Championships, and silver in 2015.

With a fourth-place finish in men’s moguls in the 2014 Olympics, Marc-Antoine Gagnon hopes to step up on the podium this time. 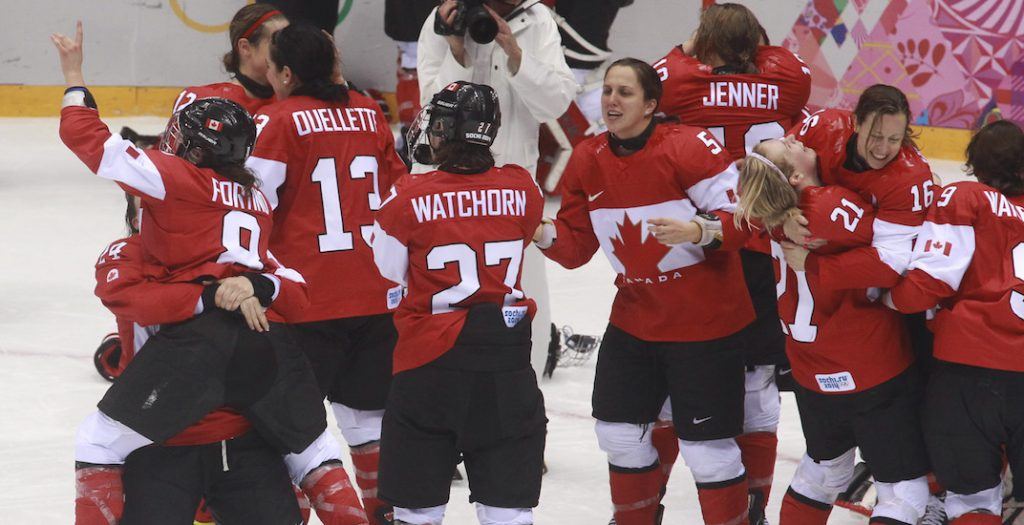 Without NHL players participating, Canada isn’t the favourite heading into the men’s hockey tournament. That distinction belongs to the Olympic Athletes from Russia team, though Team Canada could certainly still pull it off.

In the first Olympics since the retirement of Hayley Wickenheiser, this is clearly Marie-Philip Poulin’s team now. The 26-year-old captain was the hero in Sochi as she scored the overtime goal in the gold medal game.

USA has dominated the World Championships in recent years, winning the last four. But Canada has always found a way to win at the Olympics, with four straight gold medal performances since 2002. 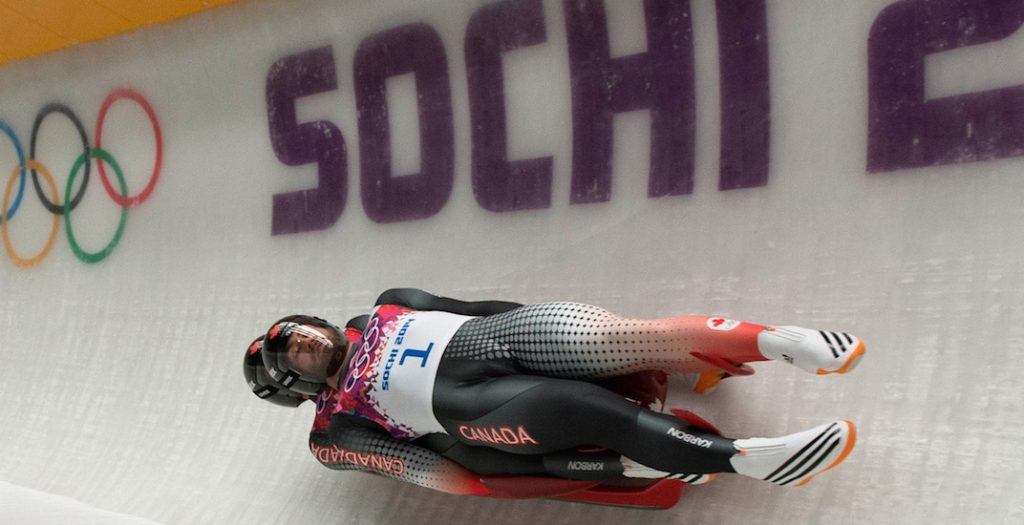 Calgary’s Alex Gough suffered heartbreak twice in Sochi, finishing fourth in both the individual and team events. She was fifth at the World Championships last year.

After the silver medal winning Russian team was recently caught cheating, it looked like the Canadian relay team would be bumped up to the bronze medal position for their performance in Sochi. It would have been Canada’s first-ever medal in luge, but Russia won their appeal.

The relay team will be extra motivated to stand on the podium this time around. 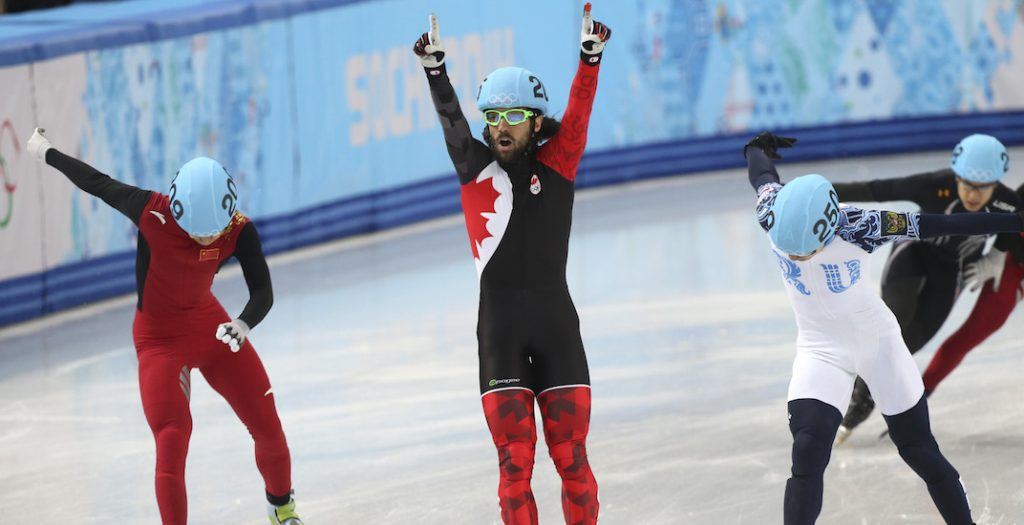 Twenty-one-year-old Samuel Girard from Québec is making his Olympic debut in Korea following a silver medal at the 2017 ISU World Championships.

Charles Hamelin, 33, has stood on the podium at least once at each of the last three Winter Olympics. He took home a silver medal in the 5,000 m men’s relay in 2006, two gold medals in Vancouver, and another gold in short track 1,500m in Sochi.

He’s been around seemingly forever, but is just 33 years old. Given that he won bronze in the 1000 m race at the World Championships last year, he could add to his trophy case.

Hamelin’s fiancee Marianne St-Gelais is also looking to add to her medal total. With two silver medals from 2010, and another silver from 2014, she is a podium favourite once again. St-Gelais captured three silver medals at the World Championships last year.

Canada’s got a shot at a medal in both the 5000 m men’s relay and the 3000 m women’s race. St-Gelais, Marie-Eve Drolet, Jessica Hewitt, and Valerie Maltais won silver in the women’s relay four years ago in Sochi. 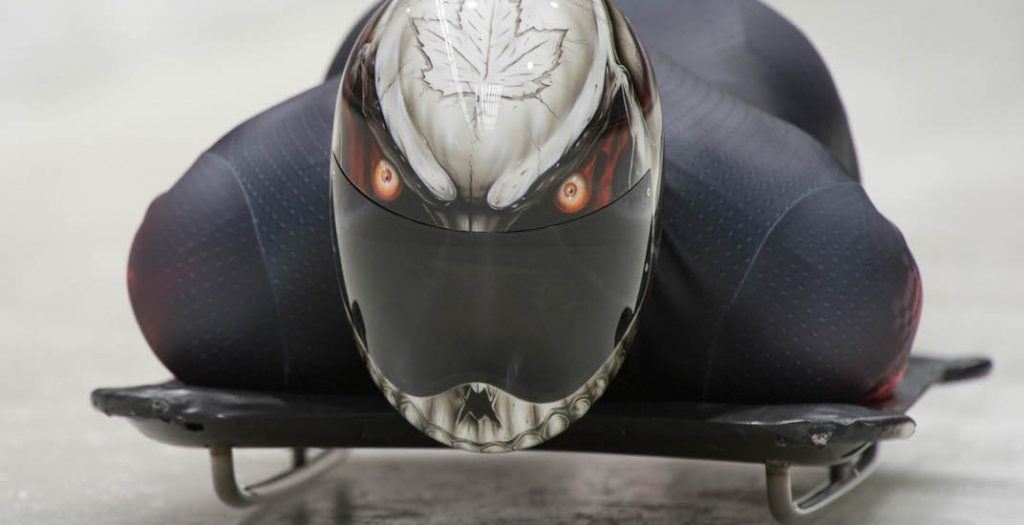 Calgary’s Elisabeth Vathje is looking to step onto the podium in her Olympic debut. The 23-year-old is third in the World Cup standings this year. 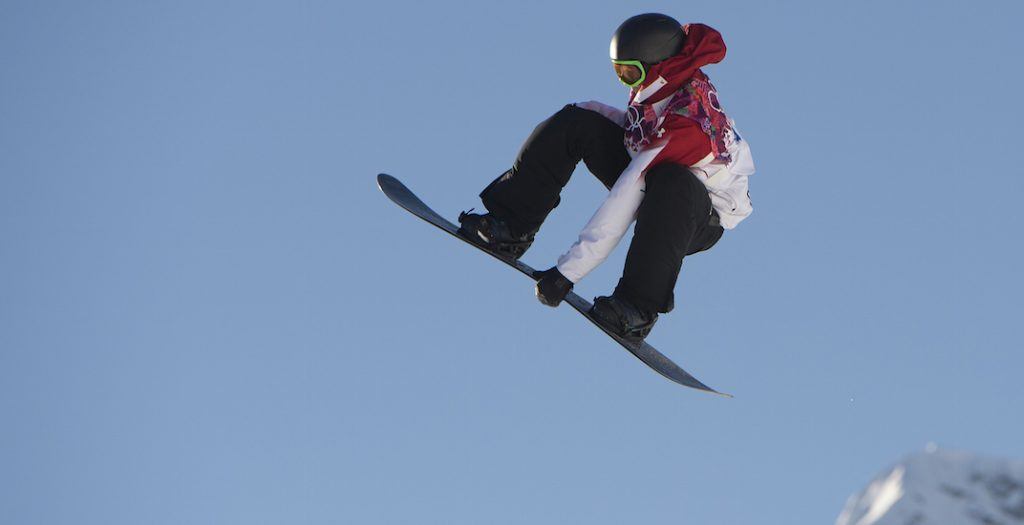 Max Parrot made history at the 2017 X Games in Aspen when he landed the first ever switch quadruple underflip in big air competition en route to a gold medal. He’s a good bet for gold in big air, a sport making its first appearance at the Olympics.

He’s a contender in slopestyle too, finishing fifth in Sochi and fifth at the X Games last year.

Mark McMorris won bronze in snowboard slopestyle at Sochi just two weeks after he suffered a broken rib at the Winter X Games. This time, a backcountry snowboarding accident in March left 24-year-old Regina athlete with multiple injuries, as he looks to make a second comeback at PyeongChang. 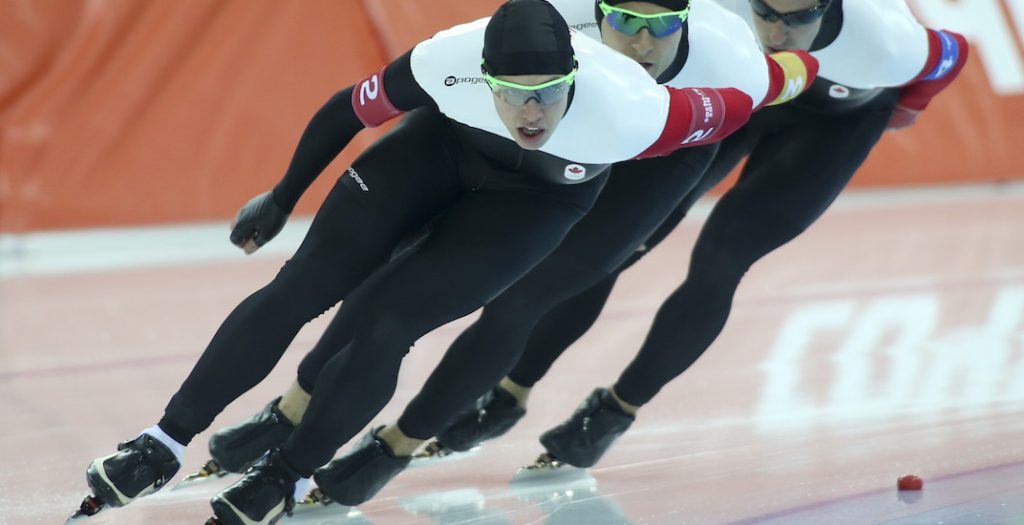 Ivanie Blondin of Ottawa won bronze in the 5000 m race and finished fourth in the 3000 m event at the World Championships last year.

Twenty-three-year-old Vincent De Haitre finished second and fourth in the 1000 m and 1500 m races respectively at the 2017 World Championships. After appearing at Sochi 2014 as a teenager, he’s set up to win a medal this time around.

Canada narrowly missed the podium in both team pursuit races four years ago, finishing fourth in the men’s event and fifth in the women’s.