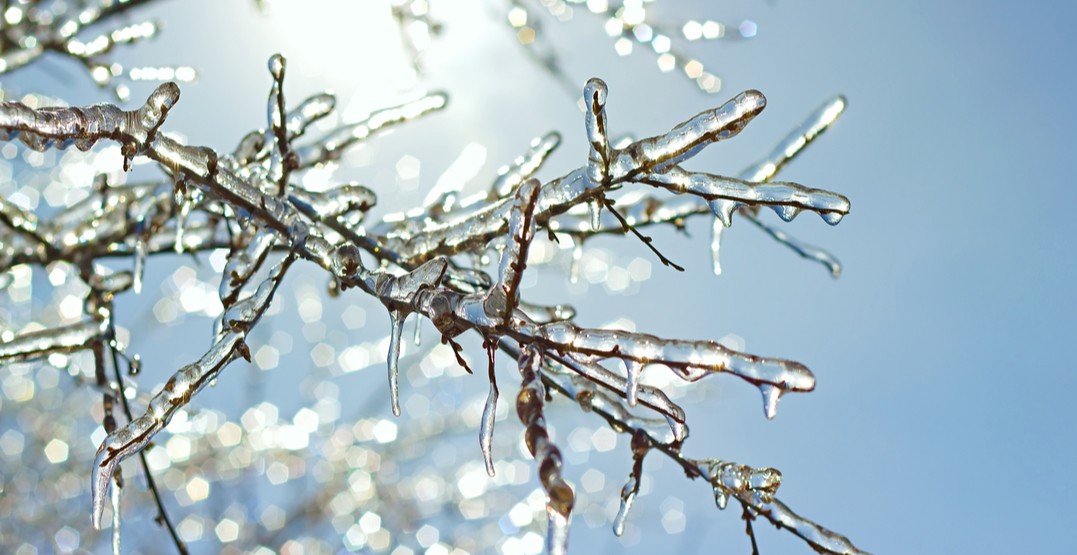 Ice melting on a tree/Shutterstock

Calgarians are no strangers to temperature swings.

With Chinooks making an appearance over the city every so often, and cold snaps chilling Calgary to its very core, winters in this part of Canada can be a little inconsistent, to say the least.

Such is the case for this week, as we enter into the last day of our most recent freeze. Temperatures are currently hovering around -22°C, according to The Weather Network, though with the wind chill it may feel closer to -30°C. 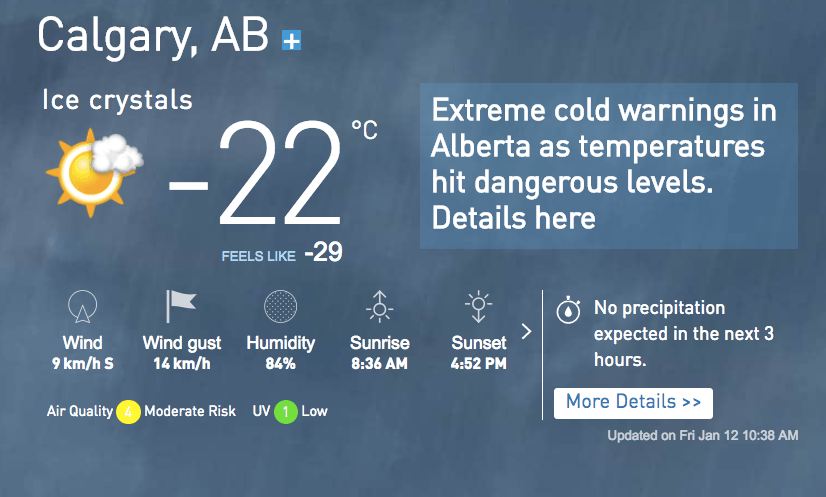 On the other side of the weekend it’s the exact opposite.

Sunny skies will bring in a nice balmy 6°C by Tuesday, meaning that over the course of the next few days Calgary will experience a nearly 30°C temperature change. 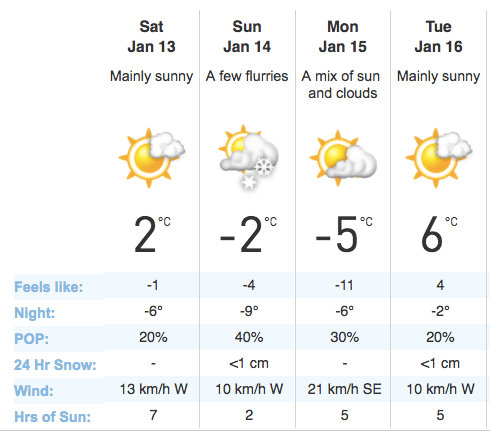 Your best bet is to layer up, and maybe carry a backpack that can fit the extra winter coats you apparently won’t be needing a few days down the line.

That is, of course, until the chinook carries along and the cold moves right back in.