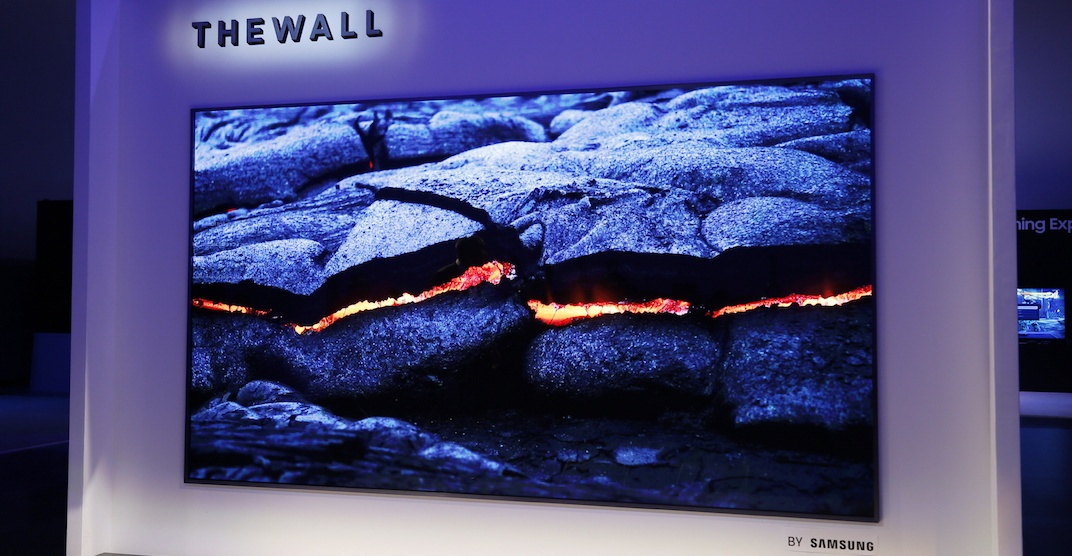 The Consumer Electronics Show (CES) always has some pretty cool stuff, but Samsung unveiled something spectacular at the 2018 First Look event.

“The Wall” is Samsung’s new 146-inch MicroLED TV screen. The screen is modular, meaning it can be stacked with others to make an even larger display – or enjoyed on its own in all its 146-inches of glory.

The MicroLEDs of the screen serve as their own light source, so there is no need for backlighting or light filters, and they are much smaller than regular LEDs.

“As the world’s first consumer modular MicroLED television, ‘The Wall’ represents a breakthrough in inspired design and leading-edge innovation with the flexibility to transform into any size, while delivering impressive, brightness, colour gamut, colour volume and black levels,” Pat Bugos, VP of Consumer Electronics for Samsung Canada, said in a release. 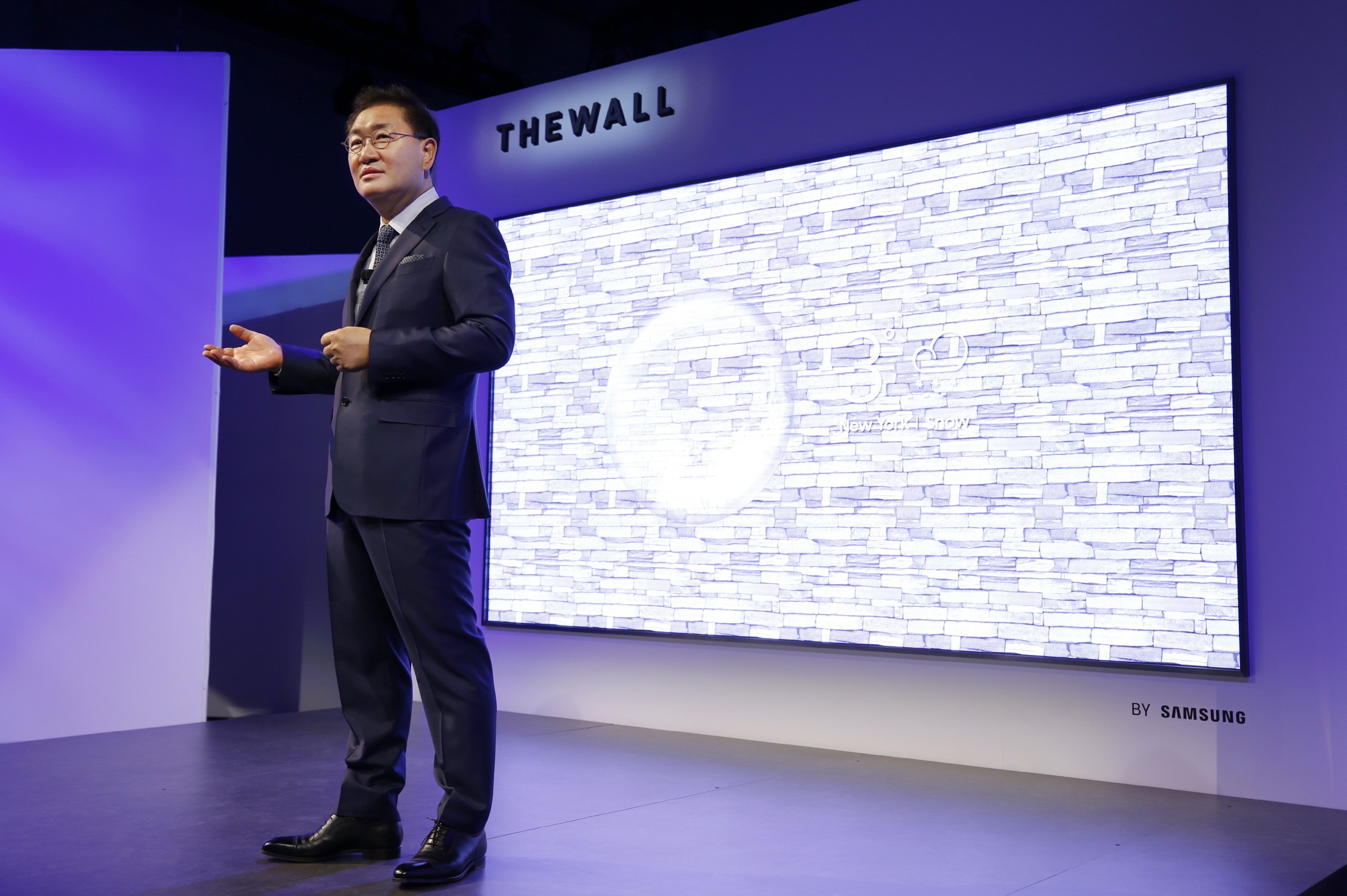 If you ever find the money for four of these TVs, stacking them together will land you with what is essentially a 292-inch flat screen TV – the name “The Wall” is making more and more sense.

Plus, a nearly 300-inch screen wouldn’t be a bad way to watch the game at home, or enjoy a few hours of video games.

At the same event, Samsung also unveiled their new curved QJ791 Thunderbolt 3 QLED Monitor, which can’t quite compare to The Wall in size at a modest 34-inches, but more than makes up for it in picture quality and ease of use. 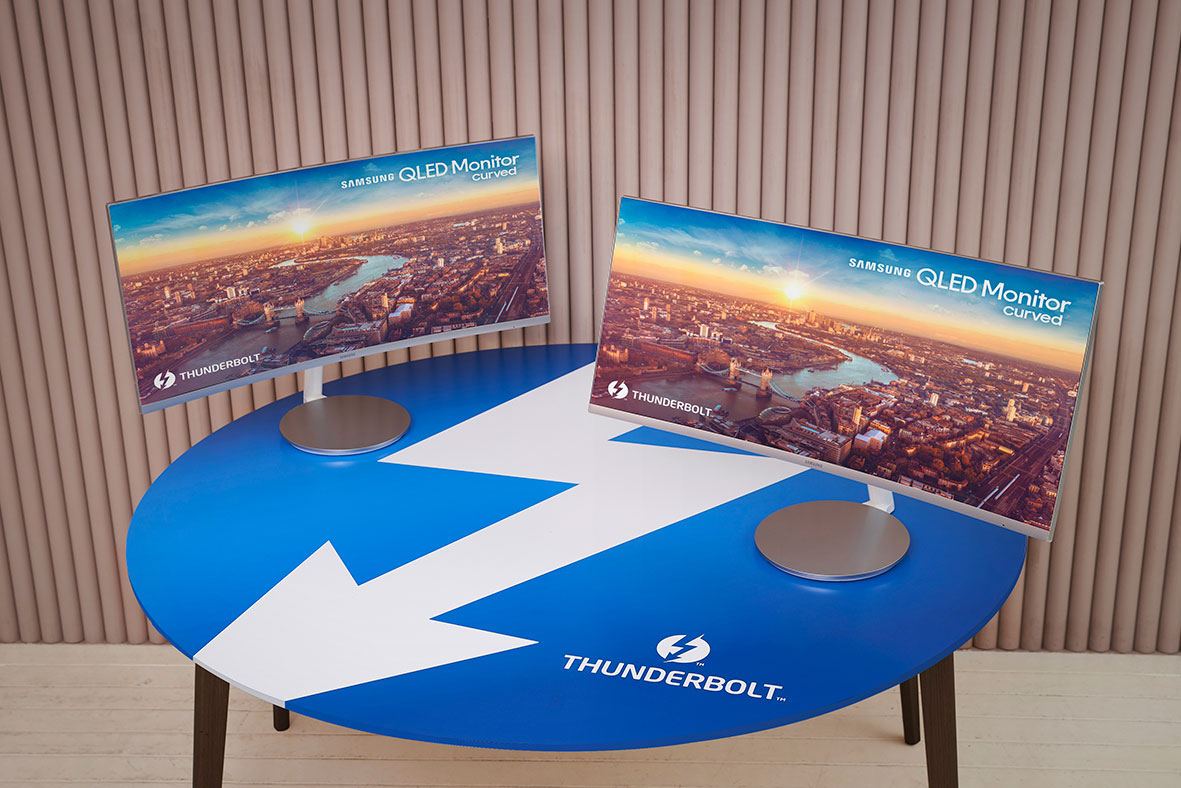 Using a single Thunderbolt 3 cable, the monitor is capable of connecting to laptops at a processing speed of up to 40 Gbps, along with charging the connected laptops with up to 85 watts of charging power.

The monitor’s limited-bezel design also makes it seamlessly flow with other screens, and we don’t think we’re overstepping in saying that curved screens are just cooler than regular old flat ones, anyway.