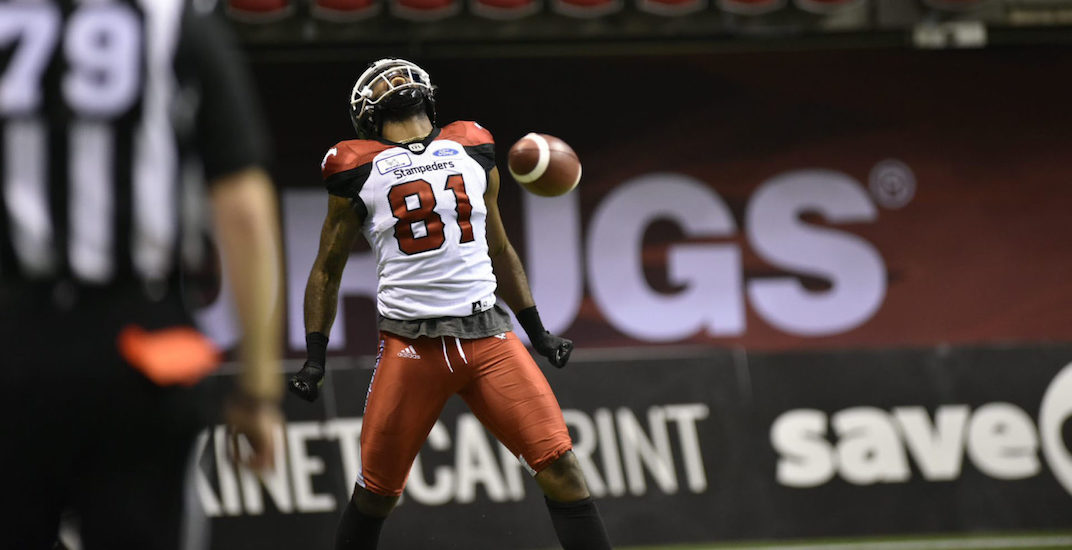 Following three straight losses, the Calgary Stampeders avoided a late-season collapse to clinch first place in the West Division on Saturday, finishing the regular season with a CFL-best 13-5 record.

Quarterback Bo-Levi Mitchell threw for 278 yards, with one touchdown and no interceptions.

"Everybody proved their case for who they are, and what they deserve this season." – Bo Levi Mitchell. pic.twitter.com/EEL3U0tp7o

The Stampeders will face the winner of the Saskatchewan Roughriders (12-6) and Winnipeg Blue Bombers (10-8) in the Western Final at McMahon Stadium on November 18. No matter who their opponent is, Stamps head coach Dave Dickenson knows it’ll be a tough challenge.

“We need to be a better team,” Dickenson told reporters after the win. “I don’t think anyone’s scared of us right now, I really don’t. We did need to re-establish that winning feeling.”

The BC Lions (9-9), meanwhile, will cross-over to play on the road against the Hamilton Tiger-Cats (8-10) in the East semi-final. The winner of that will take on the East Division champion Ottawa Red Blacks (11-7) in the Eastern Final.

The Stampeders are looking for redemption, after losing in heartbreaking fashion as favourites in the championship game the past two seasons. This year’s Grey Cup takes place in Edmonton on November 25.