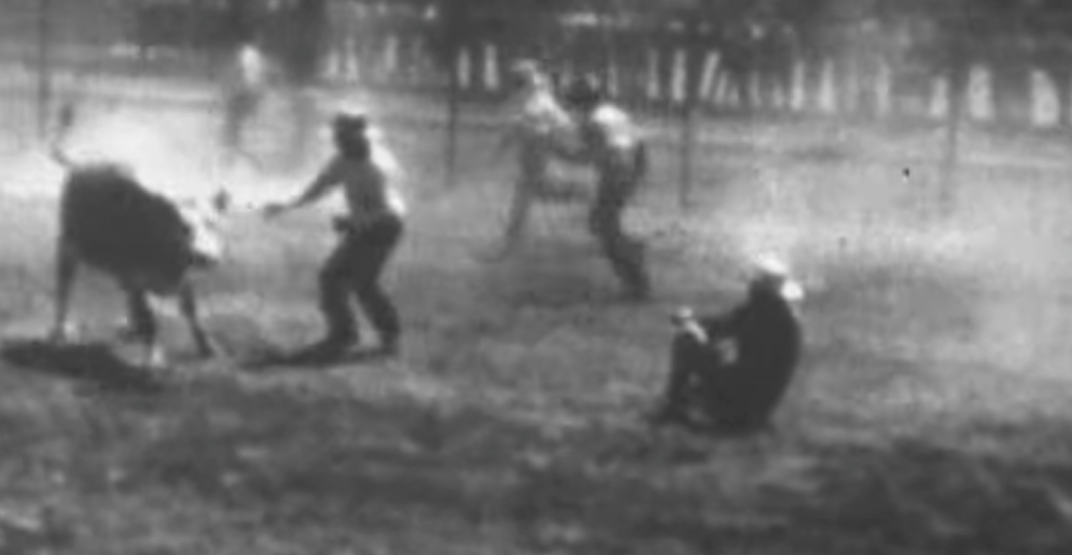 The annual Calgary Stampede is held up as an important piece of the province’s identity.

Each year, over one million visitors make their way to the Stampede grounds to enjoy some good ol’ fashioned rodeo action, eat some interesting foods, and party long into the night.

There are always a few new additions every time the Stampede comes around each summer – especially of the edible variety– but any event with such a storied past had to start somewhere, right?

Luckily for us, the YouTube channel Silent Film Archives has tracked down evidence of the Stampede in its early days, back when “cowboys” meant cattle herders, not the rowdiest tent at the show.

Other than the poorer picture quality, the Calgary Stampede of yesteryear looks quite similar to what we see today. Brave cowboys are seen riding bucking broncos, Calf are being roped, and chuck wagons are being raced.

Though, to be fair, everything did look a little more dangerous back then.