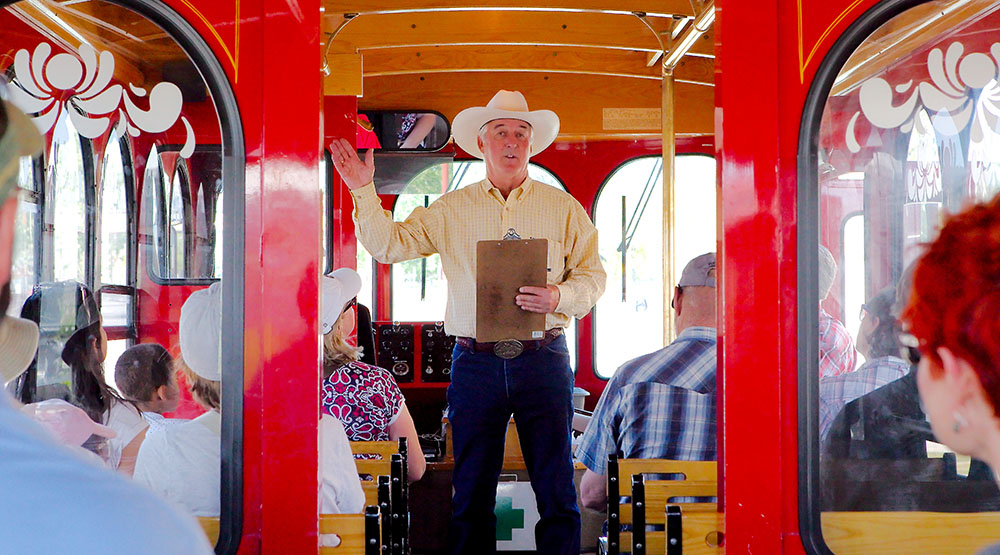 As Calgary gears up for the Greatest Show On Earth, it’s worth noting there’s going to be a whole host of changes to transit during the Calgary Stampede and Parade.

The parade will cover 4.5 km of downtown Calgary streets:

To make way for the parade, the following buses will be detoured on Friday between 7 am and 1 pm:

Meanwhile, the following buses will be split into north and south legs during the parade:

Getting to the Calgary Stampede

C-Trains run 24 hours a day during the Stampede from the evening of Thursday, July 7, to the morning of Sunday, July 17.

There are two C-Train stations that connect directly to the Stampede grounds:

The C-Train schedule will be as follows:

Be aware that Centre Street and City Hall stations become extremely crowded between 11:30 am and 1 pm as people head to the Stampede.

There are also shuttle buses available at:

And if you’re travelling from Centre Street North, there will be a Stampede Express Bus – Route 304 – starting at North Pointe Terminal, with 11 stops on the way to the grounds.

You can pre-purchase transit day passes for the duration of the Stampede for about 30% off.

The passes will be valid for the entire day to get you anywhere you need to be in Calgary.

For more info on transit during the Calgary Stampede, check the Calgary Transit website: calgarytransit.com/news/stampede-101

You can also easily walk – from the end of the parade route on 9 Avenue and 4 Street SE, it is only a 10 to 15 minute walk to the main gates. 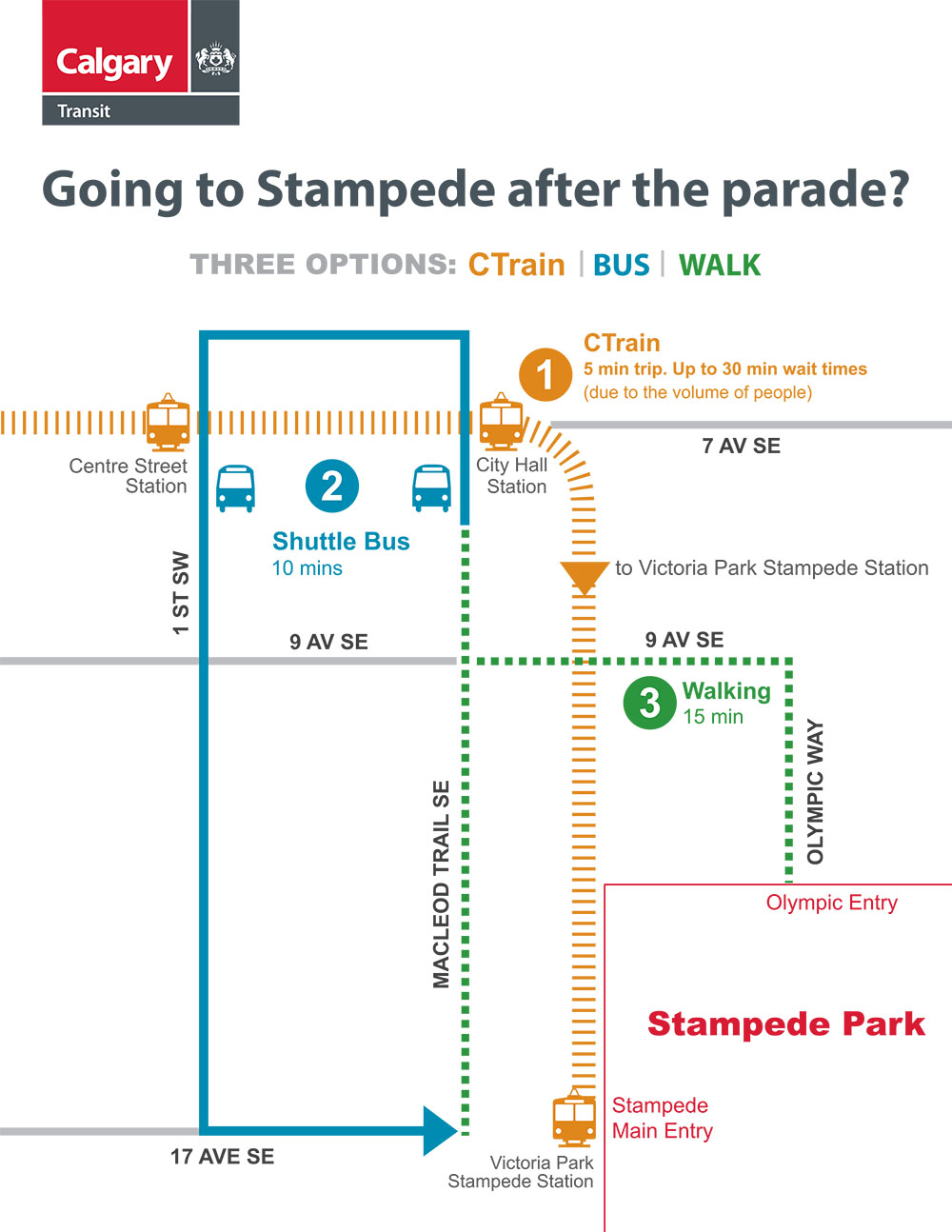 How to get to Calgary Stampede after the Parade (Calgary Transit)