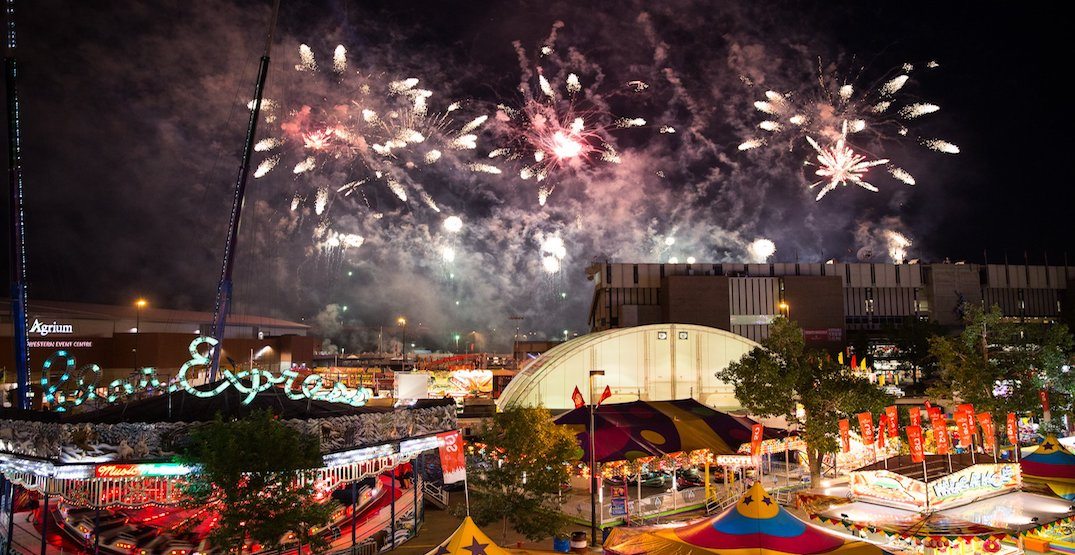 The 2018 Calgary Stampede is sadly coming to an end today, so you can’t miss the last chance to enjoy some wild cowboy fun.

Here are seven things to do at Stampede on its last day, July 15.

What: Calling all 2000s kids — get ready as your favourite Canadian Rock Band closes out the Stampede with a bang!

What: The famous white marshmallow, aka Christopher Comstock, is hitting the Cowboys Music Festival for a night electronic, house, trap. The dance floor will surely be lit!

The BellLive Series at the King Eddy

What: Looking for a new spot to scout out some good live music? Put on your boots and head to the historic King Eddy that will be transformed into a pop-up country bar for the duration of Stampede. See stars like The Abrams, Ken Stead, Kira Isabella, and more. Don’t forget to hit up the rooftop patio!

Zipline through the grounds

What: The 2018 Calgary Stampede is set to be the wildest, fastest, and most exciting one yet, as another adrenaline-inducing addition has been announced for this year’s Greatest Outdoor Show on Earth. Zipliners will travel up to 50 km/h as they zoom over the Midway from the Grandstand Court to a platform near the BMO Centre. From there, they will strap into yet another zipline, with this one landing them safely near the Kids’ Midway.

Tickets: Can be purchased near the Monster Compound, $50

What: This iconic show is celebrating the milestone of being the staple of the Calgary Stampede for 50 years! This show is always a highlight and a must-see every year for Stampede-goers. This year they will be showcasing elements that have contributed to its success over the years, including performances from The Young Canadians of the Calgary Stampede, world-class acrobats, extreme athletes, musical performances, and more. The night will come to an end with an impressive nightly firework display that will end the day’s festivities off with a bang!

What: Stampede just wouldn’t be Stampede if it weren’t for the rodeo events! Calgary has a long and proud history of cowboy culture, and you can’t get any more cowboy than taking part in a rodeo – or, at the least, watching from a safe distance. This heart-pounding, world-class show never ceases to entertain as cowboys and cowgirls compete for $2 million in prize money. A few events you can expect to see is Barrel Racing, Tie-Down Roping, Steer Wrestling, Bull Riding, and more.

What: Aaaaaand they’re off! When the ground starts pounding you know the chucks are on their way!