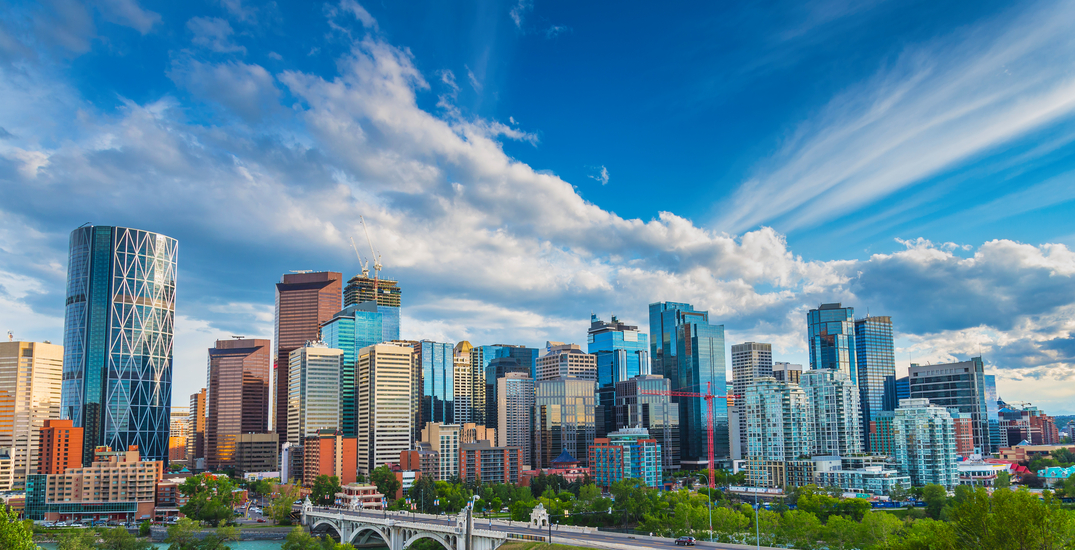 Another month, another report from Zumper illustrating just how inexpensive it is to rent in Calgary compared to many other major Canadian cities.

While rent prices have increased year-over-year for Calgary properties, the city still remains among the cheapest places to rent in the country.

It’s even more affordable to live in Alberta’s capital city, as Edmonton comes in as the 20th most expensive location to rent out of 23 cities.

In not-so-shocking news, Vancouver is the most expensive place to rent in the country for both one- and two-bedroom units, with Toronto coming in a close second.

Out of the 23 major Canadian cities analyzed in the report, Calgary is the 17th most expensive in the country.

Month over month, the median one-bedroom rent in Calgary increased by just 0.8% in March compared to February ($1,190), while two bedrooms increased slightly month-over-month, up 0.7% to $1,390.

That means that a one-bedroom in Calgary is up 8.2% year over year, while two bedrooms are up 3%. 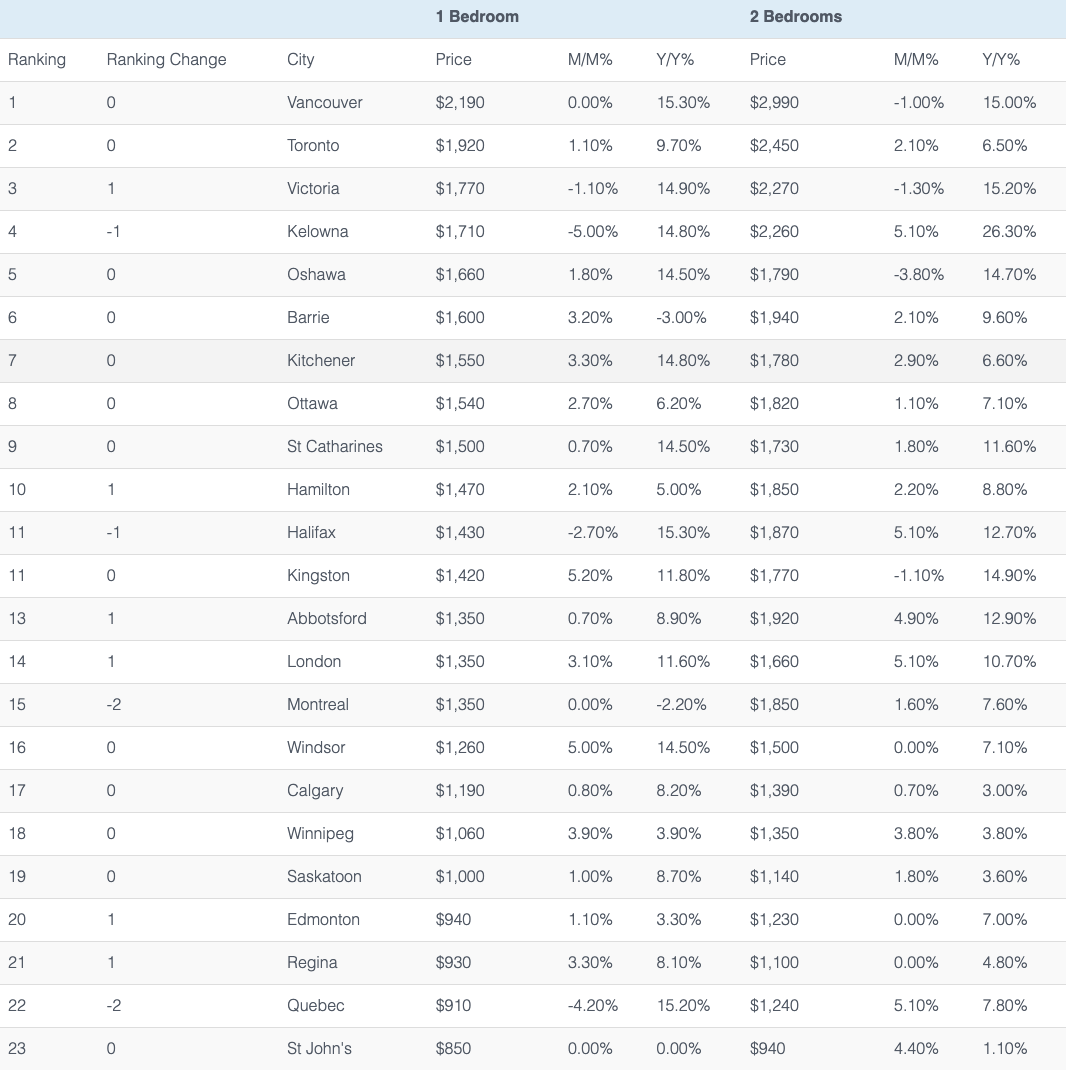 Vancouver tops the charts with an average rent of $2,190 for a one-bedroom unit. This is a whopping $1,000 more per month than a similar property in Calgary, and a 15.3% increase from the same month the previous year. Two-bedroom apartments in Vancouver will cost you $2,990, rising 15% from March 2021.

According to Zumper, 70% of the cities in this report saw the rent for one-bedroom properties increase on a monthly basis, demonstrating the high demand in Canada’s rental market.

“At the top,” reads the report, “seven of the top 10 most expensive cities experienced double-digit year-over-year rent price growth rates again, which is a continued trend from the last few months of renters returning to pricy markets.”

Zumper analyzes hundreds of thousands of listings to compile data on rental rates across Canada, and you can find their latest report here.