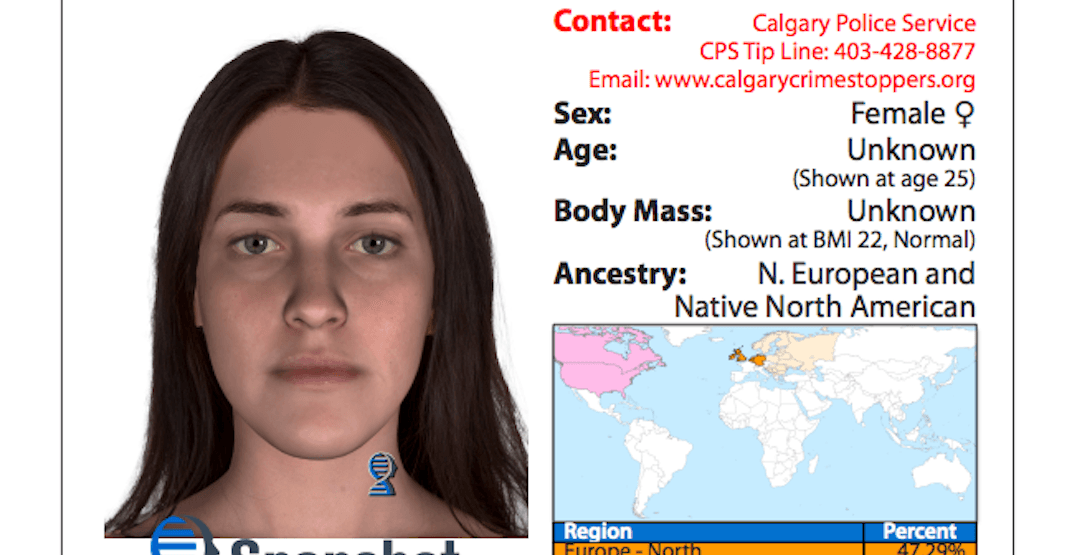 The Calgary Police Service has harnessed new DNA technology, creating a possible computerized image of the mother of the baby that was found dead in Calgary late last year.

DNA phenotyping, the process used by the CPS when pursuing this case, predicts physical appearance and ancestry from unidentified DNA. This is the first time that CPS has used this technology, and they sought the services of a DNA technology company in Virginia, USA.

The DNA phenotyping is part of the effort being made to find the person responsible for the dead baby that was found in a dumpster on Christmas Eve, 2017, according to a release from the Calgary Police Service.

Using biological material found at the scene that December, investigators have determined that the mother of the child is likely of mixed race with fair skin complexion, and is possibly of Métis or Indigenous descent.

The scientific approximation stated that she likely has hazel eyes, though they may also appear green. 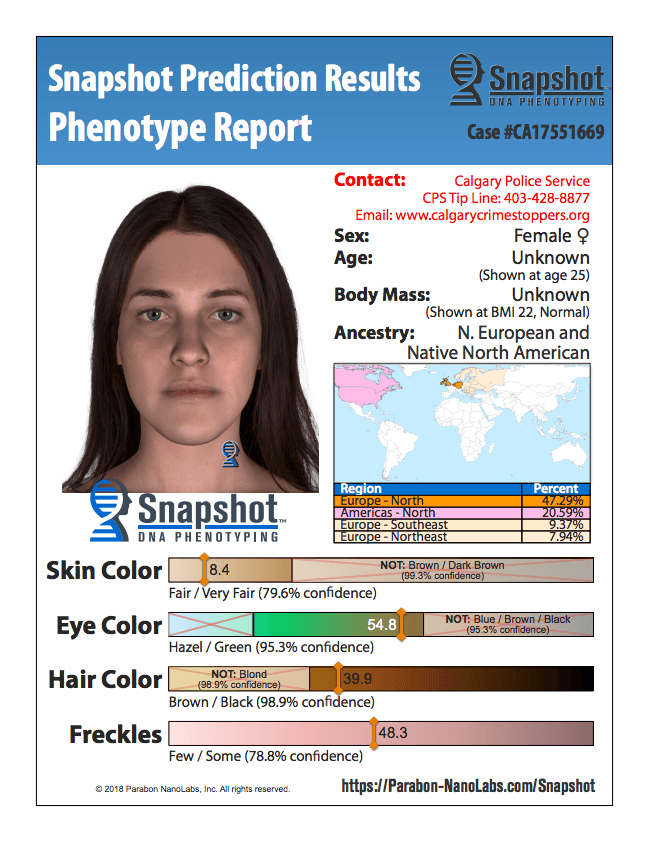 An image of what the woman may look like has been released by the CPS, though they stress that it should not be considered a definite composite sketch.

“Identifying the mother is seen as a necessary step to determine what led to the baby being placed in the dumpster and who is responsible for placing the baby there,” the CPS stated in the release.

“This remains an undetermined death and, therefore, the mother is not being sought as a suspect.”

Anyone with any information on the identity of the woman or details on the incident are asked to contact the homicide tip hotline at 403-428-8877, the Calgary Police Service at 403-266-1234, or anonymously through Crime Stoppers by calling 1-800-222-8477 or online through their website.