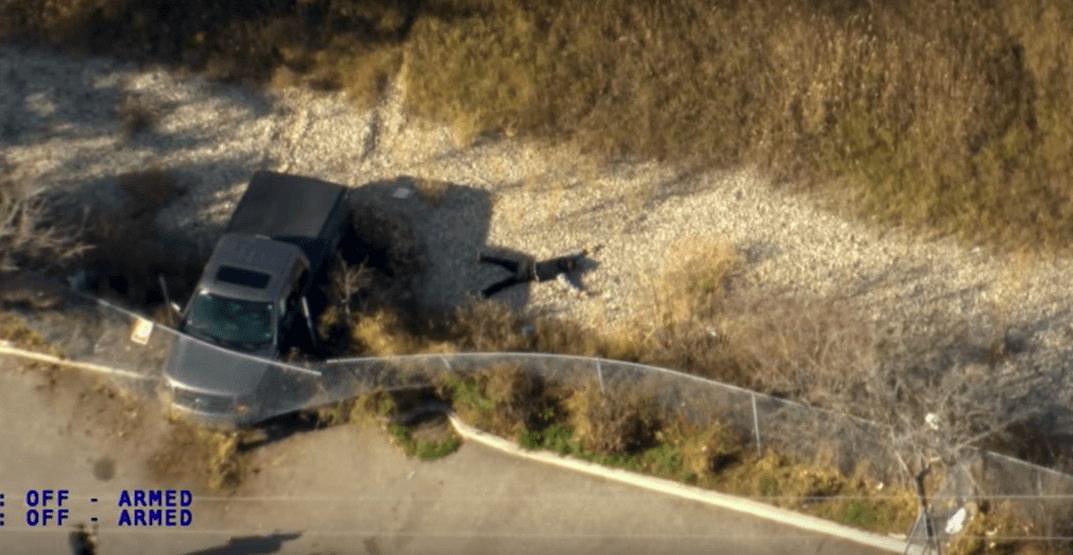 The Calgary Police Service is getting serious in warning about not leaving your car running, unlocked, and unattended.

With the cold weather causing many vehicles to freeze overnight, more and more residents are implementing the ol’ “turn the car on and let it idle” strategy in the mornings — leaving them open to car theft.

One such theft was caught on camera earlier this week, and though the suspect was eventually arrested, six other incidences of car theft occurred on Thursday morning alone.

The Calgary Police Service’s Digital Communications Officer Constable Jeremy Shaw shared those stats on his Twitter account, alongside a video showing what happens when thieves drive the vehicles they’ve stolen.

“[Having your vehicle stolen is] more than just an inconvenience and an insurance claim,” he wrote in the tweet.

Leaving your vehicle unlocked and running to warm up in the morning is just asking for it to get stolen. It’s more than just an inconvenience and an insurance claim though. Stolen vehicles create highly dangerous situations on #Calgary streets. #yyc https://t.co/N2xhYmgt69

The video he shared shows clips of cars and trucks being driven through the streets of Calgary in an extremely dangerous way, often cutting off other drivers or speeding in the oncoming traffic lane.

Calgary had been plagued by car thieves all throughout last winter, and police say that the best deterrent is simply taking away the opportunity of theft by using a remote starter, locking your car with a second set of keys, or leaving a steering wheel lock in place as the car warms up.