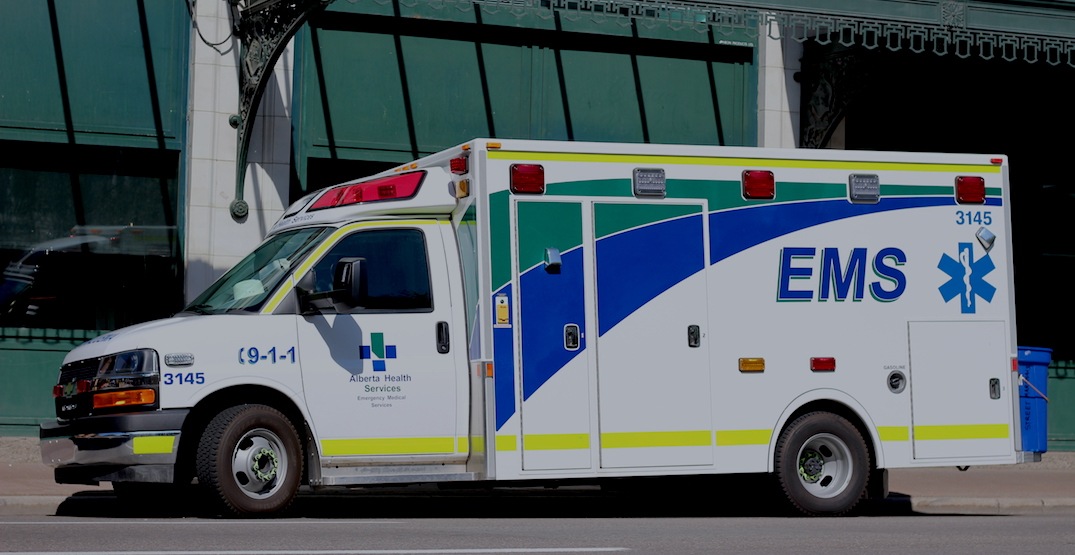 A Calgary paramedic was hit by a car while they were assisting a patient on Tuesday, January 22.

According to a release from the Calgary Police Service, the paramedic had been responding to a call at the 100 block of Hillgrove Drive SW at around 9 pm.

They were loading equipment and getting ready to transport the patient when a silver Mercedes-Benz sedan allegedly hit the paramedic who had been beside the ambulance.

The release states that the car stopped for a moment before accelerating past the ambulance and striking the emergency response worker.

The vehicle fled the scene, though police managed to find the car parked at a nearby residence, and the driver of the car within the house.

Police arrested and charged 69-year-old Kenneth Muraweski with one count of failing to stop at the scene of an accident that involved bodily harm.

The paramedic finished assisting the patient before being transported to a hospital due to non-life-threatening injuries.

It is noted in the release that citizens are expected to pass emergency vehicles with care and that drivers must follow first responders’ instructions to stop.

When passing emergency vehicles, you are not allowed to drive any faster than 60 km or the speed limit, depending on which is slower.