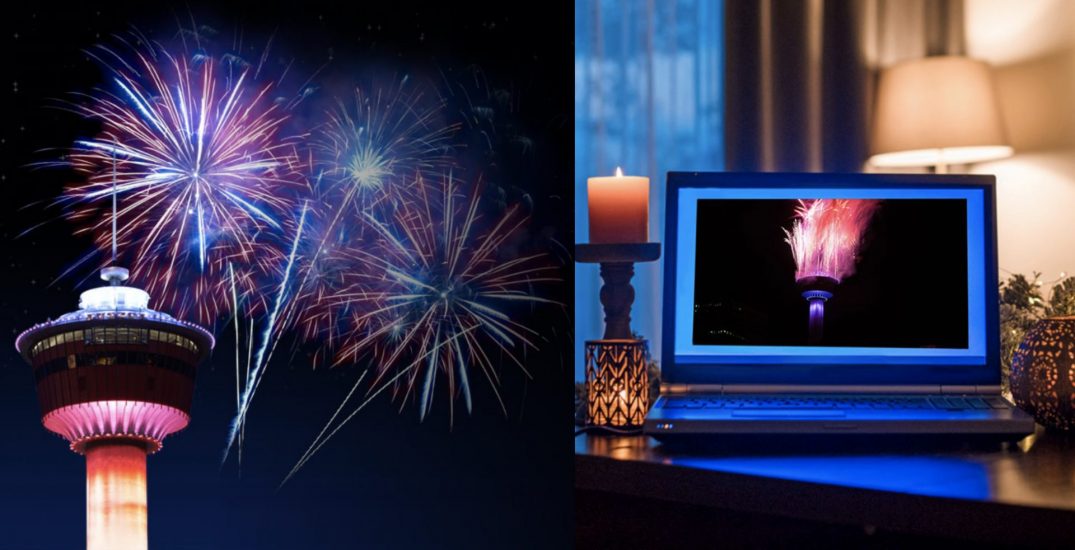 After being cancelled in 2020, the City of Calgary’s New Year’s Eve fireworks has returned… virtually.

The City announced on Tuesday that there will be midnight fireworks over the Calgary Tower to ring in 2022, and Calgarians are invited to watch a virtual livestream of the show.

“After last year’s fireworks cancellation, we’re thrilled to have the dazzling fireworks show return to ring in 2022,” Calgary Mayor Jyoti Gondek said in a press release. “Fireworks on New Year’s Eve lift our spirits and are also a symbolic reminder that brighter days are on the horizon.”

The livestream will feature a blessing from a local Indigenous Elder and a countdown to midnight with Mayor Gondek. The music soundtrack, curated by CJSW 90.9 FM, will feature tunes from Lodgepole Kind, Thomas Thomas and Moonrunner83.

The City of Calgary recommends tuning into the livestream on calgary.ca/NYE at 11:55 pm on December 31, 2021.

In addition to tuning into the City of Calgary’s livestream, there are a lot of ways to bring in the new year.

For your 2022 NYE celebrations, the City suggests taking advantage of Calgary’s winter fire pits, toboggan hills, and outdoor skating rinks. The rink at Olympic Plaza will be open on December 31, 2021, from 10 am until midnight, and skate rentals will be available onsite.

No New Year’s Eve event or countdown will take place at Olympic Plaza, but it will be part of the livestream.

“No matter what you plan to do on New Year’s Eve, ensure you follow all public health restrictions and recommendations,” reads the City of Calgary release. “They are in place to keep us all safe.”