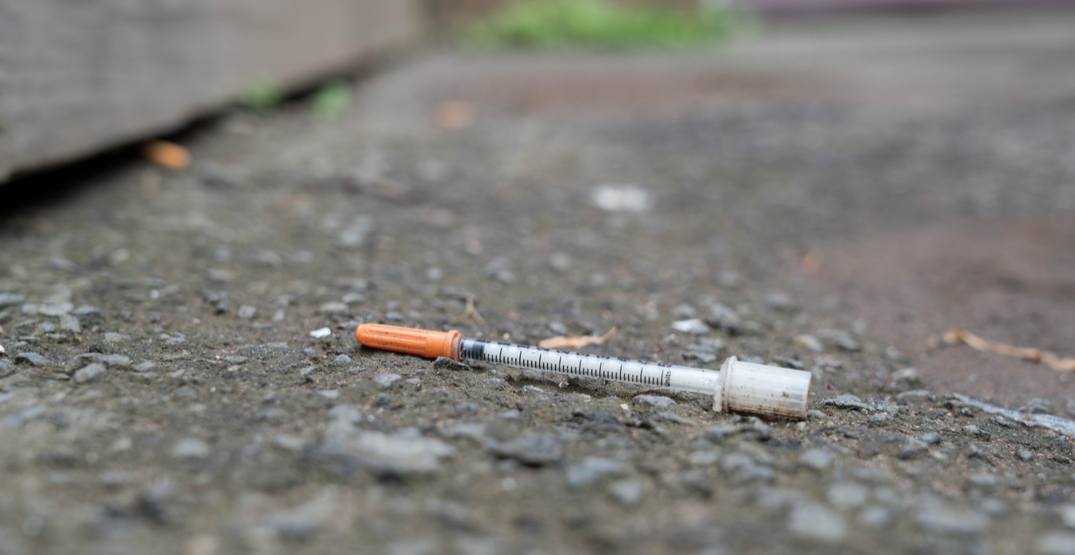 A total of 22,469 needles were collected in Calgary between January and August of this year.

The collecting was done in part by the recently initiated Calgary Alpha House Society Needle Response Team, which was put into action in January to help alleviate the number of needle debris responses for the Calgary Fire Department.

Many of the needles were collected through either patrols or at needle debris boxes that have been placed at strategic locations throughout Calgary, a release from the city states.

“Approximately 60% of all needles collected are done so through patrols and our peer support program,” said Adam Melnyk, Outreach Manager with Alpha House, in the release.

“In the first six months of operation, the needle response team collected a volume of 6,570 needles, playing a vital role in our community, while building community. Through our peer support, individuals with lived experience are able to give back by working with our team.”

The use of the needle debris boxes, and the implementation of the needle response team, has taken on some of the responsibility that would usually have been left to the Calgary Fire Department, freeing up their time and resources to respond to other emergency calls.

“Through collaboration, we recognized the need for added needle debris boxes, identified priority locations, and are working on the immediate installation in these areas,” said Deb Bergeson, Assistant Deputy Chief, Calgary Fire Department, in the release.

“Fire crews are monitoring needle boxes regularly and this will allow us to continue to enhance our response efficiencies.”

The Calgary Fire Department has responded to just 906 calls for needle debris in 2019, which is 226% less than the previous year.

The use of the needle response team and 22 needles debris boxes also marks for a reduction in cost to Calgarians when compared to having the fire department field all calls.

“The response from the community is very positive, as this is a cost-effective approach to public safety concerns and the work extends to cooperation with other agencies as we focus on educating businesses and individuals about safely picking up needles, while engaging with these communities,” said Melnyk in the release.