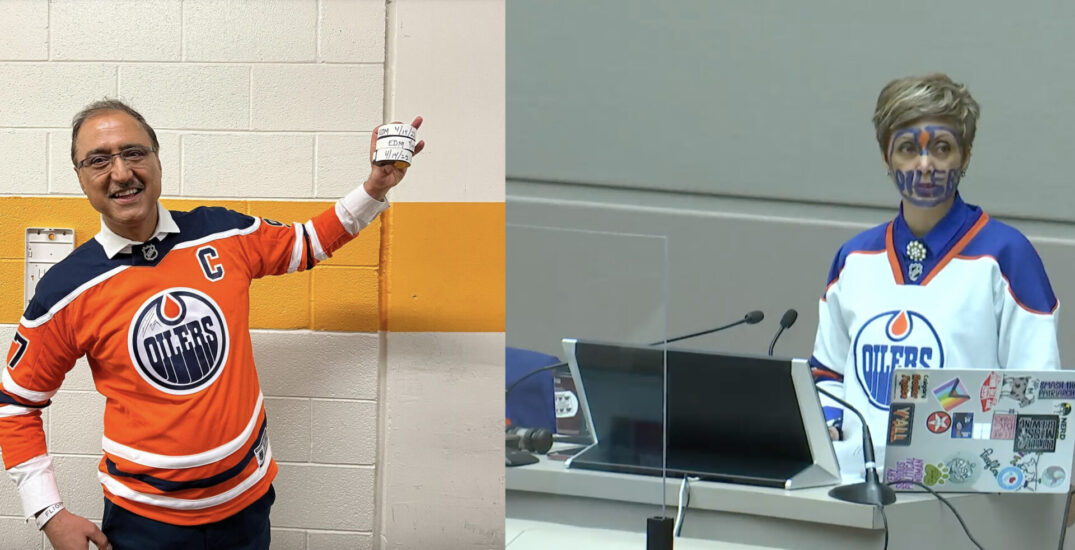 After losing her Battle of Alberta bet with the Edmonton mayor, Calgary Mayor Jyoti Gondek is decked out in Oilers gear at the June 7 City Council meeting.

This couldn’t come at a more perfect time, after seeing the Edmonton Oilers eliminated in Game 4 of the Western Conference Final against the Colorado Avalanche the previous evening.

The timing almost seems too coincidental, but the date for the losing city’s mayor to make good on the bet was determined prior to the first game in the Flames-Oilers series.

The Battle of Alberta was an exciting time in the province and even the Calgary and Edmonton mayors got in on the fun with their bet.

The rules of the bet stated that the mayor of the losing team’s city would wear the winning team’s gear to a City Council meeting on June 7, along with painting their face in the team’s colours, according to an email sent to Daily Hive from the Office of the Mayor, City of Calgary.

The loser will also be donating to a children’s cancer foundation in the winning team’s city, in honour of Ben Stelter’s battle with brain cancer.

After the Calgary Flames were eliminated in overtime during Game 5 of the series against the Oilers, we knew it was only a matter of time until Gondek would be seen sporting navy and orange.

Although Calgary was the losing city, Edmonton Mayor Amarjeet Sohi announced that he would be matching Gondek’s donation to the Kids with Cancer Society and asked Edmontonians and Calgarians to do the same if they have the means.

Sohi suggested donations be made in denominations of your favourite player’s number, such as $9.70 or $97 for Connor McDavid, who wears the number 97 on his jersey.

I would love for Edmontonians and Calgarians to join us in donating to @kwcsyeg, in a denomination of your favourite @edmontonoilers player’s number (ex: $9.70 or $97 for @cmcdavid97, $29 for Draisatl, etc), if you have the means to. #YEG #YYC pic.twitter.com/njpOvtXxhW

Gondek could be seen wearing an Oilers jersey and face paint in a live stream of the Calgary City Council meeting on June 7. 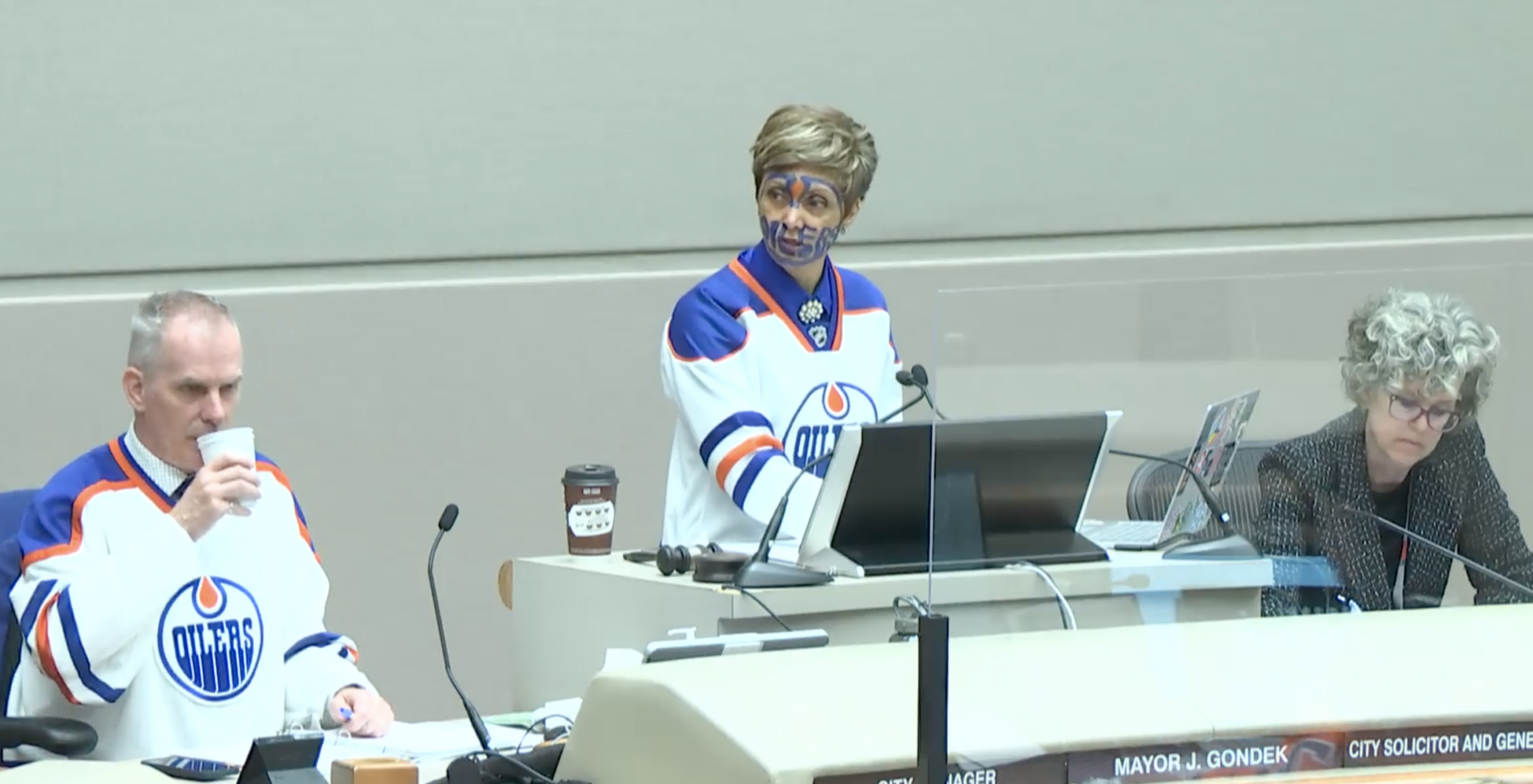 Several other members of the council were in Oilers gear, too. 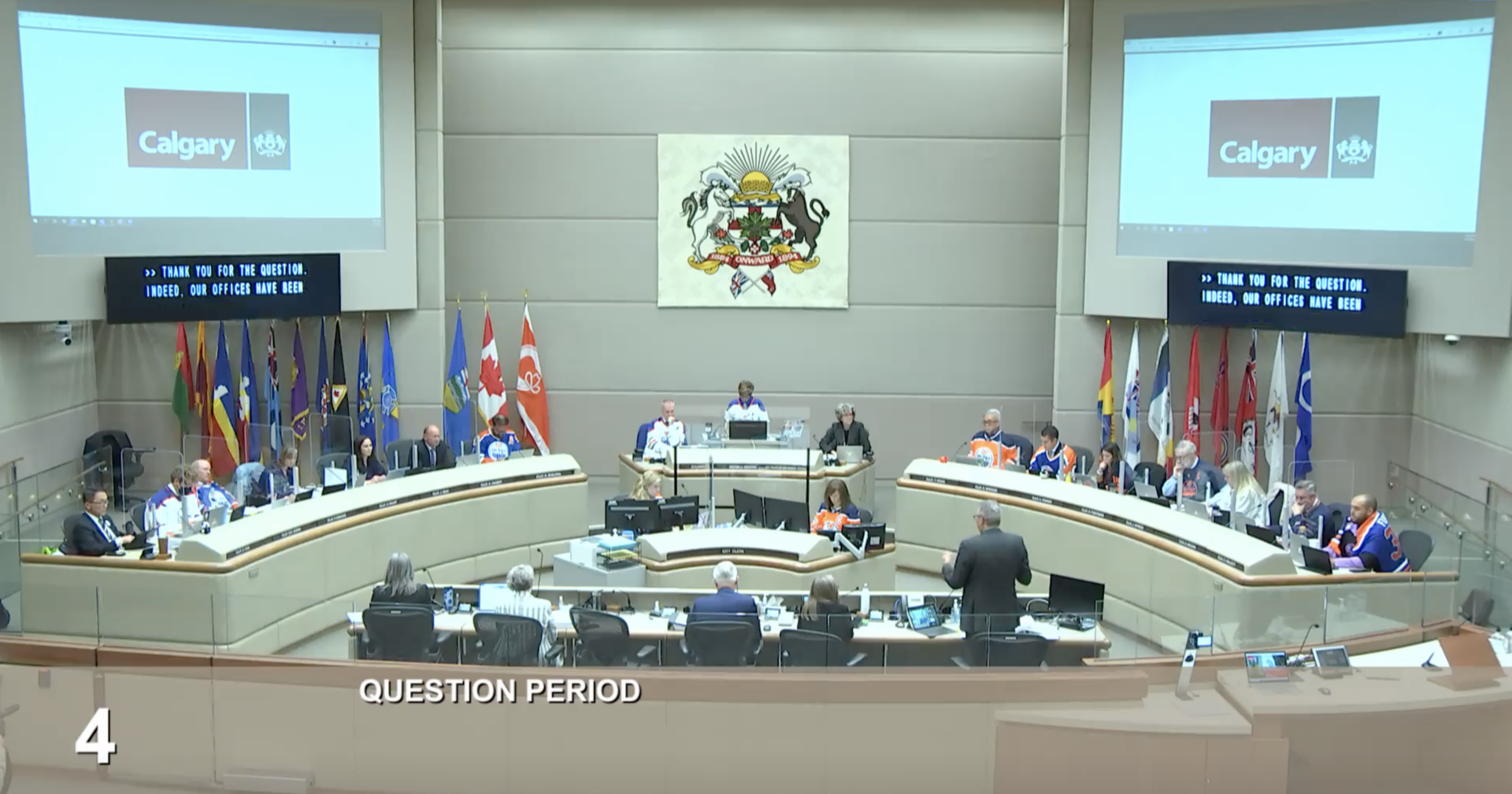 Now that both the Flames and the Oilers have been eliminated from the Stanley Cup playoffs, who are you cheering for?