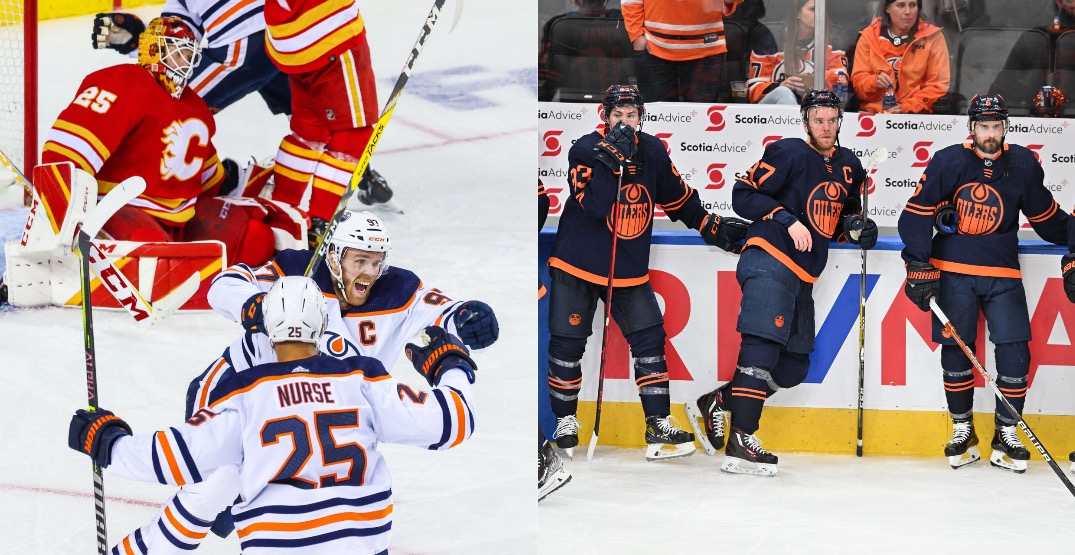 The Edmonton Oilers Stanley Cup dreams came to a close Monday night after the Avalanche defeated the team 6-5, sweeping the team 4-0 in the Western Conference Final.

It may not the be season-ender fans were hoping for, but many took to social media after the game touting that, hey, the Oilers at least won the Battle of Alberta 4-1 against the Calgary Flames and turned around a season that many thought was finished late last year.

From the outpouring of support, love and memes for the team, Oilers fans seem to be pretty proud of the final product the team whipped up for the 2021/22 season.

The Oilers will always be the 2022 Battle of Alberta Champions. Nobody can take that away.

Losing always sucks, but if you told me at literally any point this season that the Oilers would end up making the conference finals (and winning the first Battle of Alberta in 30 years along the way), I would have assumed it was too good to be true. I’m calling this a win.

The love for the Oilers was sent from the Stelter family as well, with six-year-old Ben Stelter becoming a fixture for fans during the playoff run. Ben’s dad, Mike Stelter, thanked everyone for “all the love this season.”

Thank you so much for all of the love this season. Our hearts are full #BenOilersStrong https://t.co/bAyr2525Ua

I’m so proud of the #Oilers for taking a massive step forward this year and reaching the Western Conference Final. This is the start of something special for this group. They will be back in 2023! #LetsGoOilers pic.twitter.com/EmxtACERZG

From 5 points out of a Playoff Spot mid-season to the Western Conference Final. What a run.#LetsgoOilers

We’ll still always have the BoA. What a year. Go home and rest up, Connor, you deserve that cold drink. #Oilers #LetsGoOilers #AMNasty pic.twitter.com/0F8dRRzgyB

Before Tippett was fired people didn’t think we’d even make the playoffs and they made it to the WCF. So proud of these boys and excited as hell for next season. Now for the love of god Leon get your leg fixed! #LetsGoOilers

Not what we all wanted tonight but what a run it was. Some of the best hockey we’ve seen from this team. A year to remember. #LetsGoOilers #PlayLaBambaBaby

So very proud of this team. They made it further than a lot of people thought they were going to. Battled a lot of injuries and gained a lot of experiance. I’m extremely excited for next year and hope the boys have a great summer #letsgooilers pic.twitter.com/D35uyPzbPP

We beat the two teams we were better than, and lost to the one we weren’t. It sucks, but I’m proud of this team. #LetsGoOilers