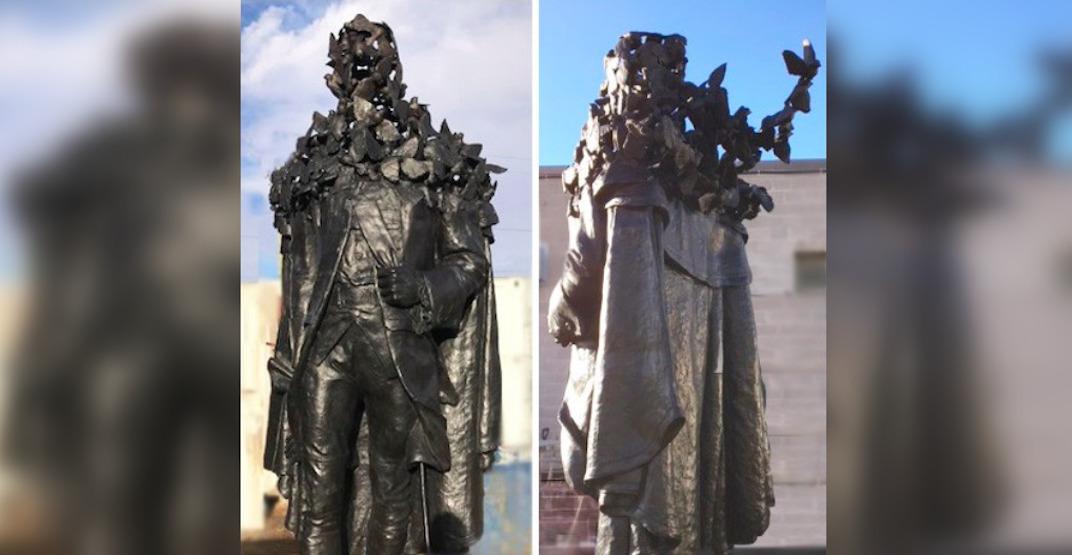 Wolfe and the Sparrows (City of Calgary)

It might look like any other traditional monument from a distance, but upon closer inspection Calgarians will find that the city’s newest piece of public artwork, Wolfe and the Sparrows, is anything but.

Inspired by the existing statue of General James Wolfe that stands in Calgary’s community of Mount Royal, Wolfe and the Sparrows shows the British army general surrounded by a flock of sparrows, according to a release from the City of Calgary.

The new artwork is being erected this Tuesday and Wednesday at the southwest corner of Inglewood’s new 12th Street Bridge to the tune of $220,000, with funds being supplied from the bridge’s $26 million capital budget.

The artwork was created by Canadian artist Brandon Vickerd, who stated that the sculpture is meant to create more conversation than its Mount Royal counterpart.

“This sculpture doesn’t celebrate a historical figure; it is transformative,” said Vickerd, in the release.

“My responsibilities to the public are not to simply parachute something into a community without considering the socio-political, economic and cultural institutions already at play. As an artist, I see my role as engaging people in a conversation and introducing new ideas and concepts.” 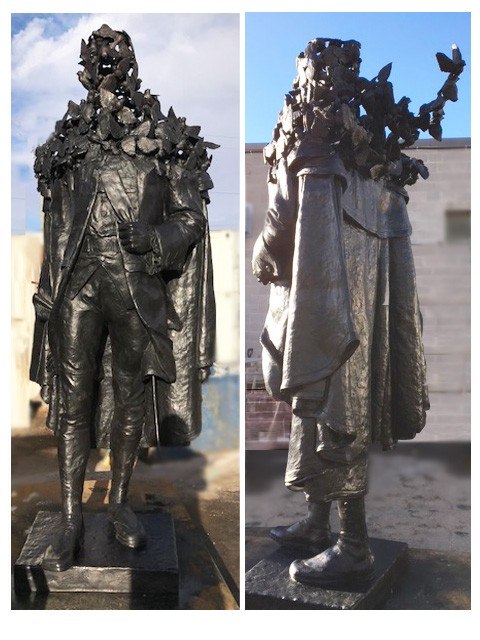 Wolfe and the Sparrows (City of Calgary)

The sculpting work was done at Calgary’s own BronzArt Casting Ltd, according to the release.

“Due to its uniqueness, there were some highly challenging fabrication aspects for the foundry. By working hand-in-hand with Brandon, we were able to bring his vision to life.”

The release states that Vickerd spoke with many members of the community about the project before landing on an idea for what would eventually become Wolfe and the Sparrows.

“From the get-go, the opportunity to work with the community to make a piece of public art that came from conversations with the people who were going to see it every day is what really drew me to this project,” he said.

While the City of Calgary has suspended all new capital public art projects until a new process can be determined for the program in 2020, Wolfe and the Sparrows was one of the projects that were underway before the suspension was called.

Three other projects will be completed as part of the previous program, according to the City of Calgary release.