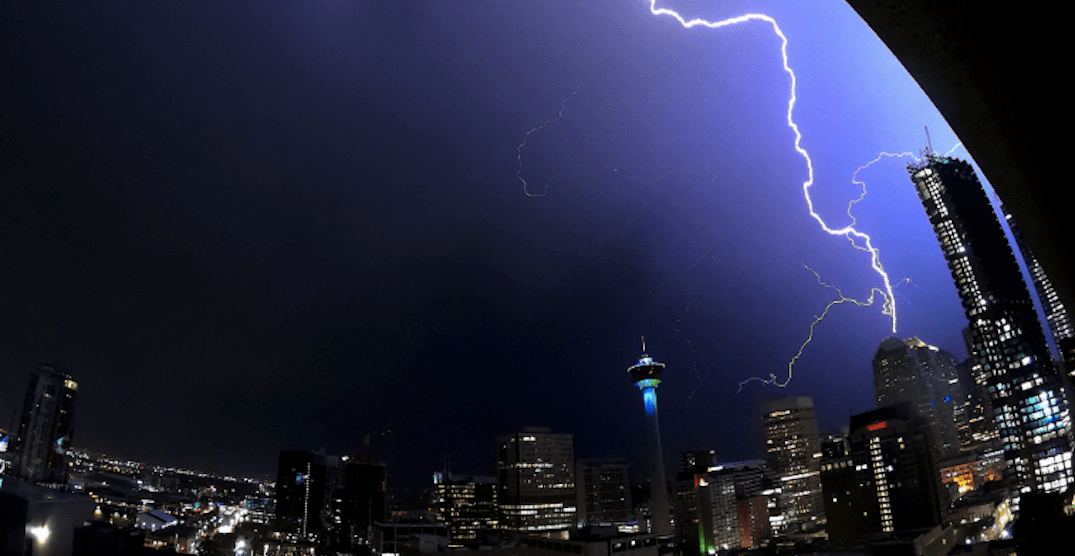 The city of Calgary seemed to have some troubles sleeping last night, as lightning and thunder tore across the early morning sky.

The electric display awoke many residents who were quick to record the strikes, which is a lucky thing for those of us who are heavier sleepers.

This wasn’t the first lightning storm to hit Calgary this summer, and it likely won’t be the last, but given the videos that capture what happened this morning, it was definitely one of the brightest.

Calgarians should be safe from lightning strikes for the foreseeable future — if the week’s forecast is anything to be believed — but it is always best practice to take cover and remain indoors whenever lightning becomes a potential danger.

Here’s a look at the storm as it struck Calgary this morning, for anyone who wasn’t rudely awakened:

GOOD MORNING CALGARY! Are we all awake? 😝 #abstorm

So we all awake in Calgary now?#abstorm