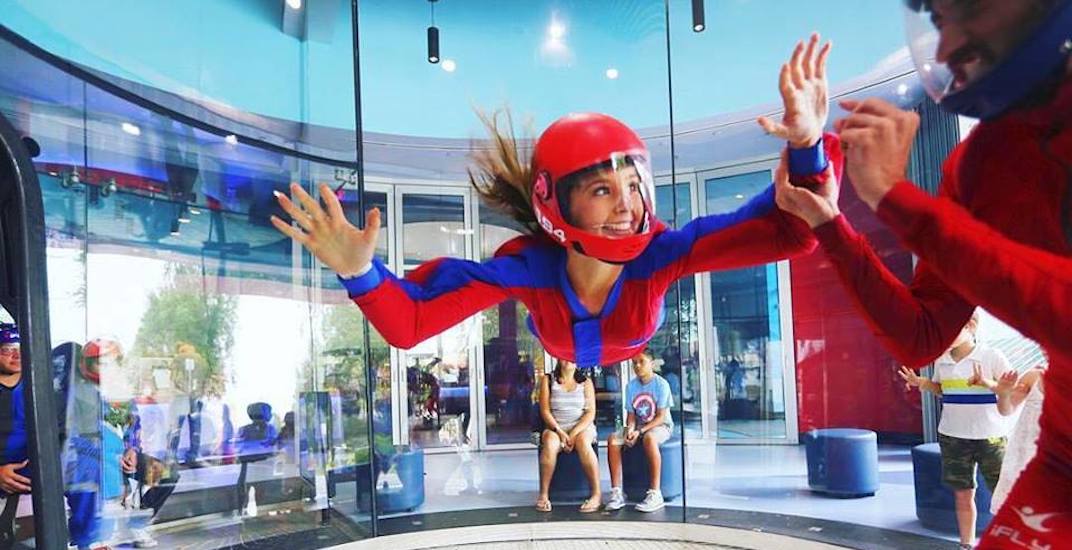 IFly, an indoor skydiving company, has announced that it will be opening its brand new Calgary location later this month.

The centre will be home to a 12 ft recirculating SkyVenture wind tunnel that will provide a sense of falling to anyone who steps inside (when it’s turned on, of course).

A release from the company states that thrill-seekers will be able to find them at the Deerfoot City shopping centre, located at 811 64th Avenue NE.

“We are thrilled to join the Calgary community with the opening of our newest iFLY tunnel,” said Rob Brown, General Manager at iFLY, in the release.

“We’re looking forward to welcoming and empowering everyone in the community to make their dream of flying a reality.”

They’re not kidding about everyone, either, as the release states that the company plans to welcome participants aged 3 to 103.

An official opening date has yet to be nailed down, though the company has stated that the anticipated opening date is sometime in late July — meaning that Calgarians are just a few short weeks away from getting their chance to try out the unique experience.

Based on the rates at the iFly Toronto location, would-be wind riders will likely be able to try out the tunnel for as little as $59.95.

And the best part is? There’s none of that “jumping out of a plane” nonsense involved whatsoever.