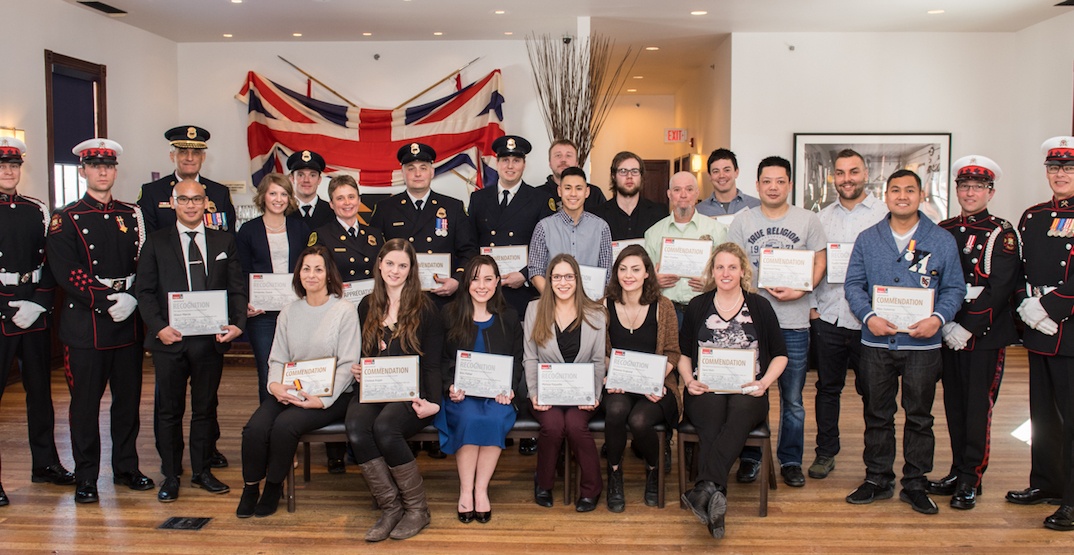 Some of Calgary’s bravest residents were recognized for the actions they took when fellow Calgarians’ lives were in imminent danger.

A total of 21 people were honoured by the Calgary Fire Department for acting heroically, with certificates and medals being given out at Thursday events.

“It’s a privilege to recognize these extraordinary citizens today,” said Fire Chief Dongworth in a release.

“All of these individuals went above and beyond for their fellow Calgarians — a true reflection of the great city we live in.”

Among the recipients was Melissa Paquette, who saved the life of a man by administering CPR after he collapsed on a Calgary transit platform; Dustin Hansen, who saved a dog from downing by jumping into a lake in November; Raymond Fang, who broke a window to pull a woman out of a burning car; and Margaret Bell, who saved a young man from drowning at the Glenmore Reservoir.

These four are only a few of the heroes honoured for their actions over the past year. Here’s the full list: